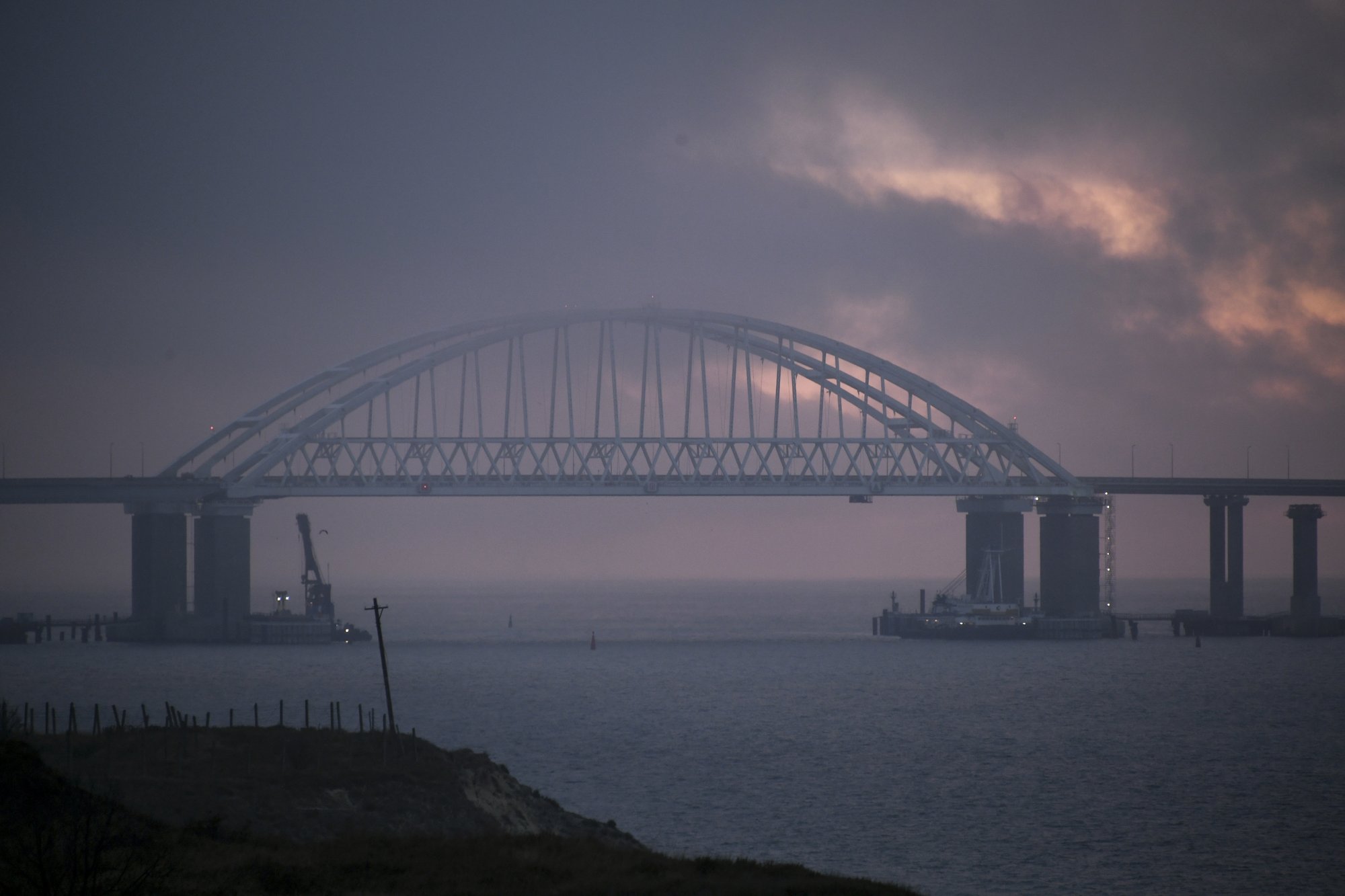 The Kerch bridge span opens for the passage of ships entrance, near in Kerch, Crimea. (File photo: AP)

MOSCOW, May 25 (Xinhua) -- The dispute resolution procedures provided by the UN Convention on the Law of the Sea are not applicable to the settlement of last November's Kerch Strait incident, the Russian Foreign Ministry said Saturday.

"As previously noted by the Russian side, statements made by both Russia and Ukraine, when signing and ratifying the UN Convention on the Law of the Sea of 1982, rule out the possibility of using the Convention's dispute resolution procedures regarding the incident of November 25, 2018 in the Kerch Strait," the ministry said in a statement.

Earlier in the day, the International Tribunal for the Law of the Sea (ITLOS) located in the German city of Hamburg ruled that Russia should immediately release three Ukrainian warships and their 24 sailors, which were seized on Nov. 25 for allegedly breaching the Russian border in the Kerch Strait connecting the Black Sea and the Sea of Azov.

"In the course of the subsequent arbitration proceedings, we intend to consistently defend our position, including the lack of jurisdiction of arbitration to consider this situation in the light of the circumstances mentioned above," the ministry said.

It urged the Ukrainian side to take actions to meet the requirements of the Russian legislation concerning navigation in this area, according to the statement.

Tensions have flared up between Russia and Ukraine following the Kerch Strait incident. Moscow called the incident a political provocation, while Kiev denied any wrongdoing and Western countries denounced the "aggressive" actions of Russia.

Russia did not participate in Saturday's session of the ITLOS and the previous hearing in connection with this incident, as it has repeatedly said that the tribunal has no jurisdiction to review the incident.