A Russian Soyuz rocket with a cargo vessel is to blast off Friday in the first launch to the International Space Station (ISS) since a manned accident last month. 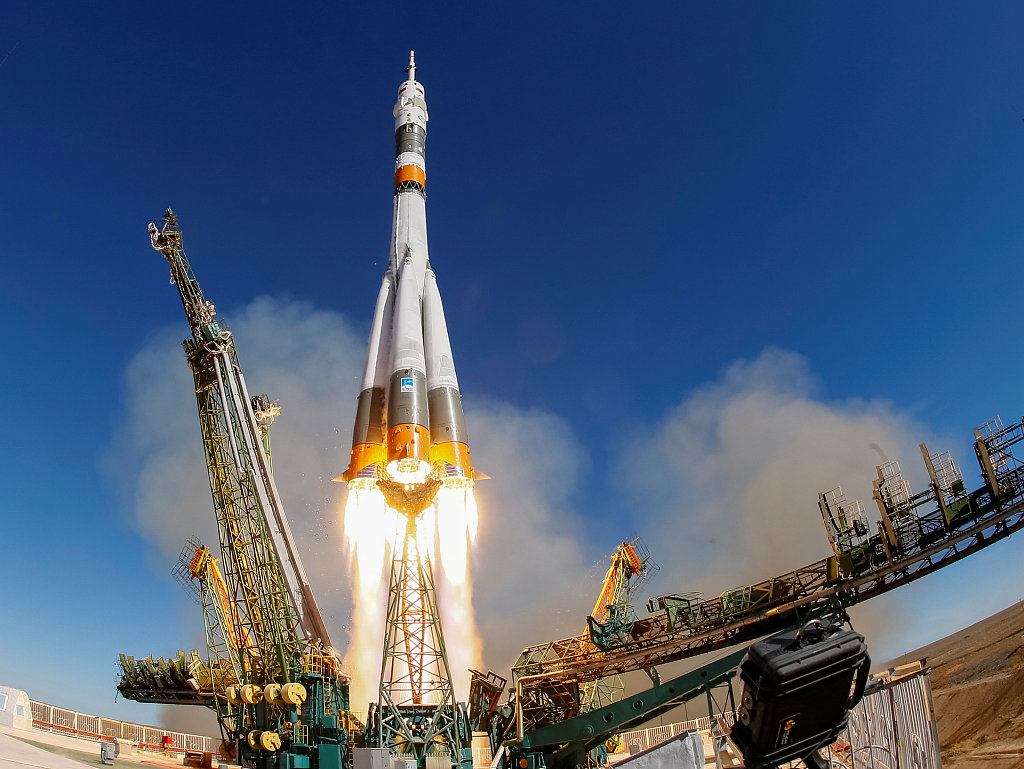 The Soyuz MS-10 spacecraft carrying the crew of astronaut Nick Hague of the U.S. and cosmonaut Alexey Ovchinin of Russia blasts off to the International Space Station (ISS) from the launchpad at the Baikonur Cosmodrome, Kazakhstan October 11, 2018. Two astronauts from the US and Russia were safe Thursday after an emergency landing in the steppes of Kazakhstan following the failure of a booster rocket carrying them to the International Space Station. (Photo: VCG)

"The mission control centre has completed the work set out for the launch of the Progress MS-10 cargo vessel. The takeoff of the Soyuz-FG rocket is set for 1814 GMT," Russian space agency Roscosmos said in a statement.

The launch from the Baikonur cosmodrome in Kazakhstan is seen as a rehearsal for the next manned voyage, planned for December 3.

That flight is to carry Russian cosmonaut Oleg Kononenko, Canadian astronaut David Saint-Jacques, and NASA's Anne McClain to the ISS.

Russia, the only country able to ferry astronauts to the space station, suspended all launches after a Soyuz rocket failed on October 11 just minutes after blast-off.

It was the first such incident in the history of post-Soviet space travel.

During the aborted launch, Russian cosmonaut Aleksey Ovchinin and US astronaut Nick Hague made an emergency landing and escaped unharmed.

NASA had planned a launch of its own supply vessel on Thursday but it was delayed until the weekend because of poor weather.

The Progress MS-10 takes around 48 hours to reach the ISS, bringing with it fuel, oxygen, water and scientific materials.

A commission to probe the October 11 accident reported that the flight was aborted because a sensor part had been damaged during assembly.