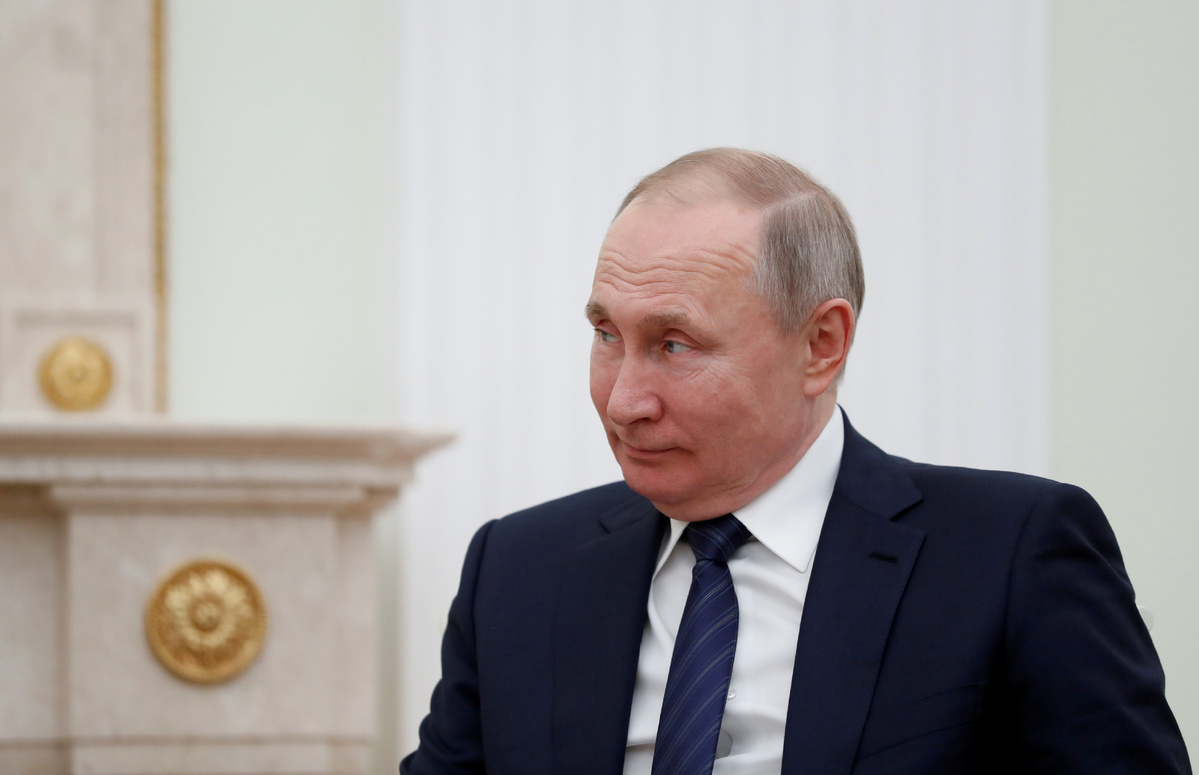 Russians may vote on proposed constitutional amendments in April after President Vladimir Putin on Wednesday gave the go-ahead for the ballot, a senior Russian official said.

Pavel Krasheninnikov, a co-chair of the working group for drafting amendments to the Russian Constitution, made the announcement at a meeting of the group. The poll will be held on April 22.

"So we proceed with it," said Krasheninnikov, adding that legal arrangements were being made for the day of the vote to be a holiday.

The process of amending the constitution has been pushed forward since Putin suggested in a State of the Nation address last month that the charter be changed. That prompted the resignation of Dmitry Medvedev as prime minister.

Lawmakers of the State Duma, the lower house of Russia's parliament, are dealing with nearly 1,000 proposed amendments. These proposals will be included in the draft of the bill, which is set to be put to a second reading in the legislature on March 10.

According to the Tass news agency, the amendments include expanding the powers of the legislature and the Constitutional Court, banning high-ranking officials from holding residence permits abroad, limiting the number of presidential terms, ensuring the supremacy of Russia's Constitution over international agreements and strengthening the state's social obligations.

Putin held a televised meeting to discuss the proposals with the 75 officials selected to sit on the drafting committee.

Most Russians are believed to think that the amendments process should get started as soon as possible.

A survey by the All-Russian Public Opinion Research Center showed that almost 80 percent of Russians of those polled knew about the upcoming nationwide vote on the amendments to the Constitution, and 66 percent of them were planning to take part in it.

Valery Fyodorov, head of the research center, said on Tuesday that the survey results arose from five separate polls in which eligible voters were phoned from Jan 24 to Feb 20.

In an address to the National Assembly, Putin said the amendments will focus on improving people's livelihoods.

Fyodorov said that more than 96 percent of those polled consider the amendments important in relation to a goal of improving healthcare services, as well as by recognizing that children are Russia's most important asset and must be provided with social support when needed.

He suggested that the ban should also cover the head of state, as this was widely supported by Russians.