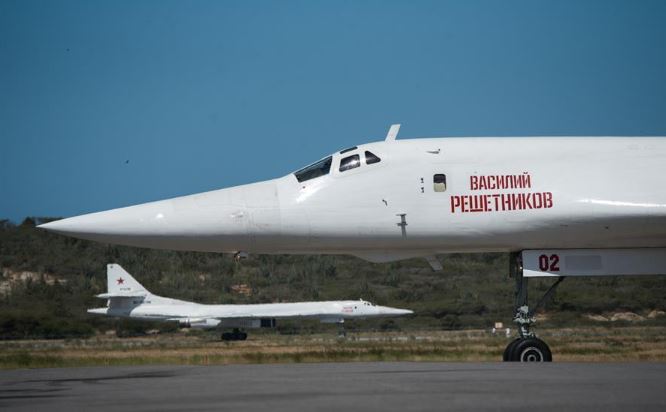 "The purpose of the visit is the development of bilateral military cooperation between the Russian Aerospace Forces and the South African Air Force," the ministry said in a statement.

"Comprehensive friendly relations between Russia and South Africa are built in the spirit of strategic partnership and mutual understanding," it added.

On Wednesday, a Russian Aerospace Forces group, consisting of two Tu-160 warplanes and Il-62 and An-124 Ruslan military transport aircraft, arrived in South Africa, landing at the Waterkloof air base on the outskirts of Pretoria.

The flight of the group lasted more than 13 hours, during which it covered more than 11,000 km over the waters of the Caspian and Arabian seas, as well as the Indian Ocean, and was refueled in the air.

At the last stages of the route, the group was escorted by Saab JAS 39 Gripen fighters of the South African Air Force, the Russian ministry said.