MOSCOW, Dec. 21 (Xinhua) -- Russian Foreign Ministry spokeswoman Maria Zakharova on Saturday accused the United States of prohibiting other countries from developing their economies, commenting on the recent sanctions against the Nord Stream 2 and TurkStream gas pipelines.

"A country with a national debt of $22 trillion prohibits creditworthy countries from developing the real sector of their economy! The U.S. ideology of life on loan has shown its incompetence, which the U.S. Treasury regularly confirms by issuing new 'economic arrest warrants,'" Zakharova wrote on her Facebook account.

"Soon they will demand to immediately stop breathing. And after all, many will do it," she added.

On Friday, U.S. President Donald Trump signed a 738-billion-U.S.-dollar National Defense Authorization Act that includes sanctions against the Nord Stream 2 and TurkStream gas pipelines along with a range of other measures.

According to the U.S. Department of the Treasury, the sanctions against the pipelines had already entered into force, and the immediate stop of construction-related activity of these projects is demanded.

The Nord Stream 2, stretching 1,230 km from Russia to Germany via the Baltic Sea, is scheduled to start operation in the middle of 2020.

The TurkStream pipeline consisting of two 930-km offshore gas pipelines is planned to start operation at the end of this year, crossing the Black Sea to Turkey. It is also expected to connect Russian gas reserves further to Bulgaria, Serbia and Italy. 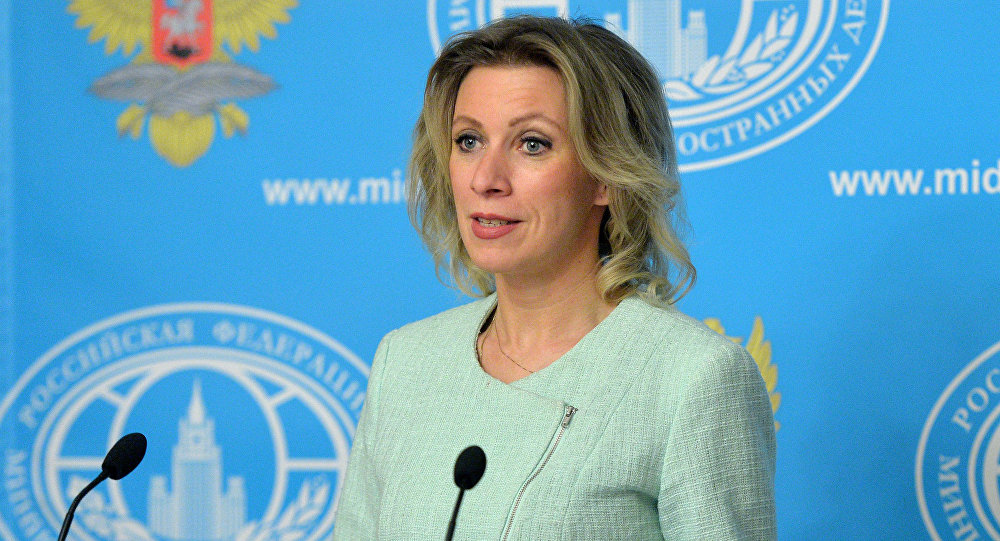