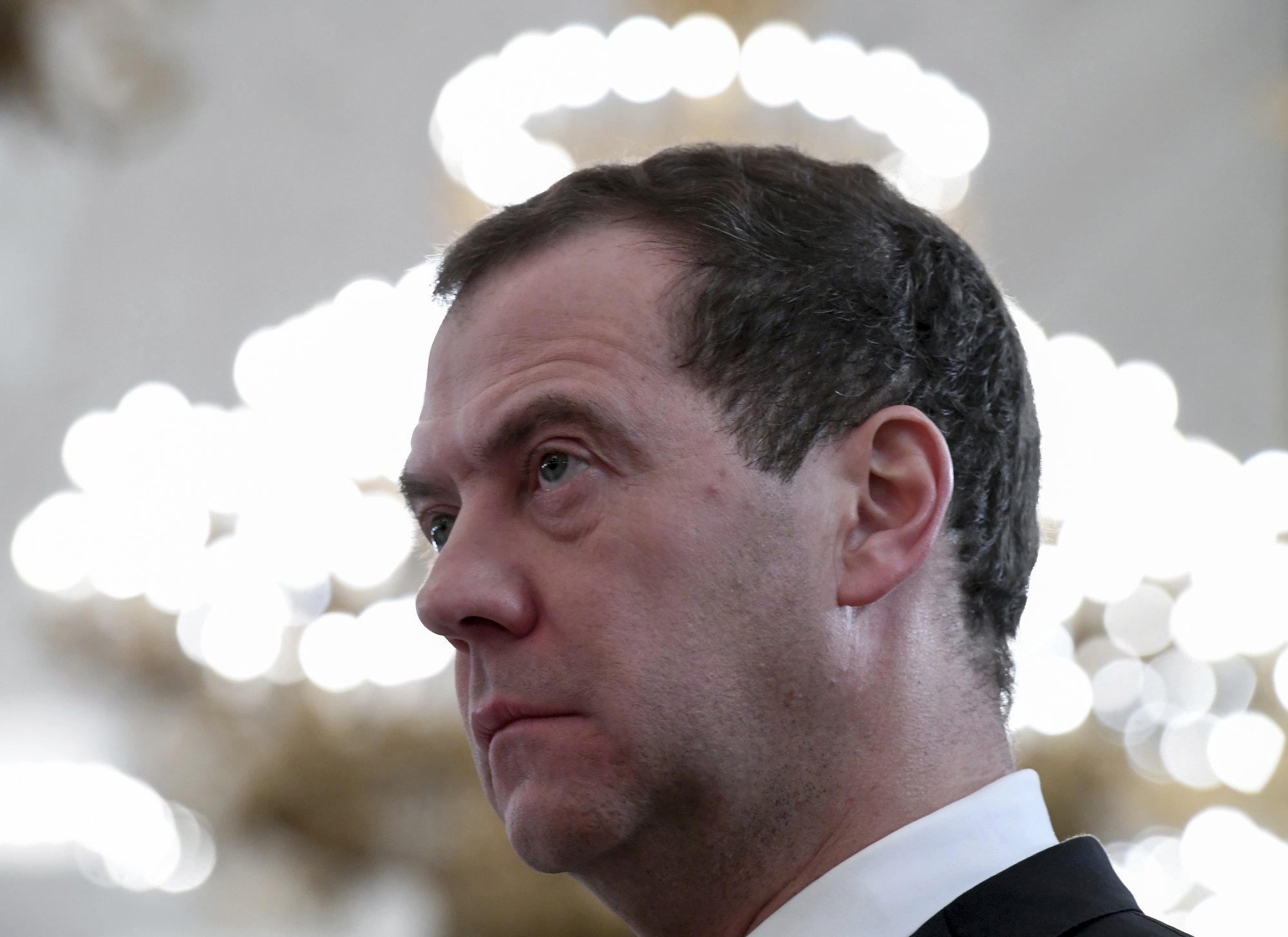 MOSCOW/KIEV, Nov. 1 (Xinhua) -- Russia-Ukraine relations have soured for years and could further deteriorate after Moscow rolled out large-scale economic sanctions against Kiev on Thursday.

The sanctions, ordered by Russian President Vladimir Putin last month, include freezing non-cash funds, uncertificated securities and property controlled by the blacklisted in Russia and banning their withdrawal of capital from Russia, according to a decree singed by Prime Minister Dmitry Medvedev on Thursday.

"The decree is aimed at countering unfriendly actions against Russian citizens and legal entities on the part of Ukraine and at lifting restrictions imposed earlier by the Ukrainian side on these persons, as well as normalizing bilateral relations," said a government statement.

The Russian government said it could lift the sanctions if Ukraine cancels its own restrictive measures against Russia.

According to Russian media, Ukraine has imposed sanctions on Russia since 2014, affecting 1,228 people and 468 entities, including officials, businessmen and media outlets.

"Russia is not the initiator of such an exchange of restrictions, but it is a necessary measure. It is a response to the steps that were taken by the Ukrainian side," Kremlin spokesman Dmitry Peskov told a daily briefing.

At a joint press conference with visiting German Chancellor Angela Merkel in Kiev, Poroshenko said that Russia sanctioned "a list of very worthy people" and the restrictions are an "evidence of the unconstructive position of Russia."

The Russian sanctions will unlikely affect Ukraine's macroeconomic stability as most of the targeted individuals are officials and they have no business ties with Russia, said Kateryna Rozhkova, first deputy governor of the National Bank of Ukraine.

Russian political analyst Maxim Zharov said the sanctions were too late and the Ukrainian side may have braced themselves and withdrawn capital from Russia.

"Therefore, there will be some effect from such sanctions, but there is no reason to hope for any serious changes in Kiev's policy towards Donbass," Zharov said.

However, Mikhail Belyaev, chief expert of Russia's Financial and Economic Analytics Agency, said the measures will "painfully" affect the economy of Ukraine and drive it into a more difficult situation.

"When it comes to the withdrawal of capital, some suspicious transactions, in this case, the restrictions should be used against the unfriendly actions of Ukrainian companies and individuals, which oppose Russia most fiercely," he said.

Ukraine is experiencing tough economic times and there is no visible sign that this situation will be remedied in the near future, he said.