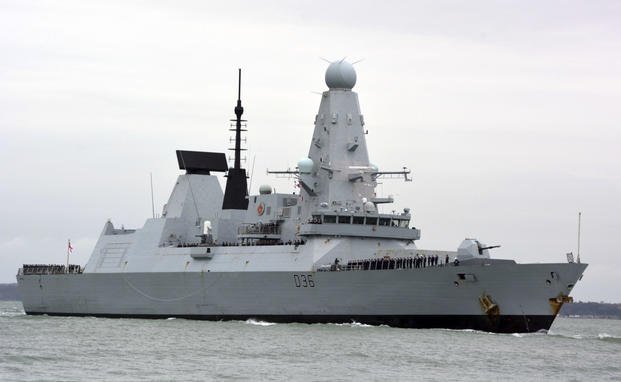 This March 20, 2020 file photo shows HMS Defender in Portsmouth, England. The Russian military says its warship has fired warning shots and a warplane dropped bombs to force the British destroyer from Russia's waters in the Black Sea. (File photo: AP)

MOSCOW, June 24 (Xinhua) -- The Russian Foreign Ministry summoned British Ambassador Deborah Bronnert on Thursday and "strongly" protested against the violation by a British warship of Russia's state border in the Black Sea.

The ministry in a statement denounced the "provocative and dangerous actions" of the British Navy destroyer HMS Defender in Russia's "territorial waters" on Wednesday, which went against the 1982 United Nations Convention on the Law of the Sea.

If such provocations happen again, "all responsibility for their possible consequences will rest entirely on the British side," the ministry warned.

According to the Russian Defense Ministry on Wednesday, the British warship "crossed the Russian border" in the northwestern part of the Black Sea at 11:52 a.m. Moscow time (0852 GMT) after going 3 km beyond the sea border in the area of Cape Fiolent, and Russia's Black Sea Fleet Su-24M aircraft carried out "warning bombing" along the path of the destroyer.