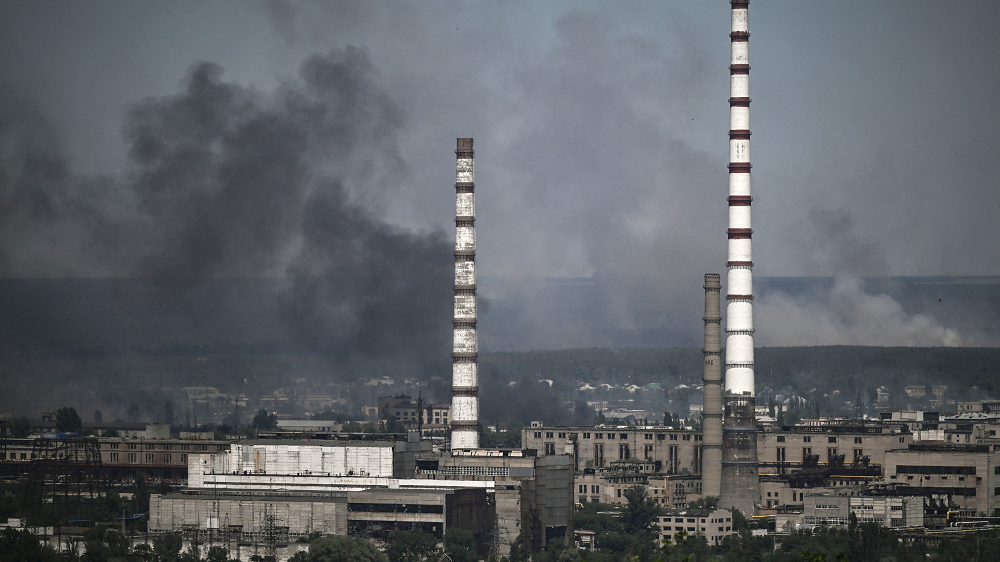 Fighting has been raging in the eastern city of Severodontesk for weeks. /CGTN

BEIJING, June 26 (Xinhua) -- The following are the latest developments in the Ukraine crisis:

The Russian military on Saturday announced full control of Severodonetsk, the administrative center of the Ukraine-controlled part of the eastern Lugansk region.

With the support of Russian troops, the forces of Lugansk launched "a successful offensive" and "completely liberated" the cities of Severodonetsk and Borovskoye as well as two settlements in Lugansk, Russian Defense Ministry spokesman Igor Konashenkov told a briefing.

"The city is already completely occupied by the Russian Federation. They are trying to establish their order," Severodonetsk Mayor Oleksandr Stryuk was cited by the Ukrainian government-run Ukrinform news agency as saying.

Civilians, who had been sheltering at the Azot chemical plant, began to leave the plant, Stryuk said, adding that there was enough medicine in the city to give them emergency medical assistance.

The funds will be directed to Ukraine's state budget to finance priority social and humanitarian expenditures during martial law rule.

Ukraine hopes to receive the aid in the near future, said Marchenko.

The system can use both ballistic and cruise missiles carrying conventional or nuclear warheads, Putin said during talks with visiting Belarusian President Alexander Lukashenko in Russia's St. Petersburg.