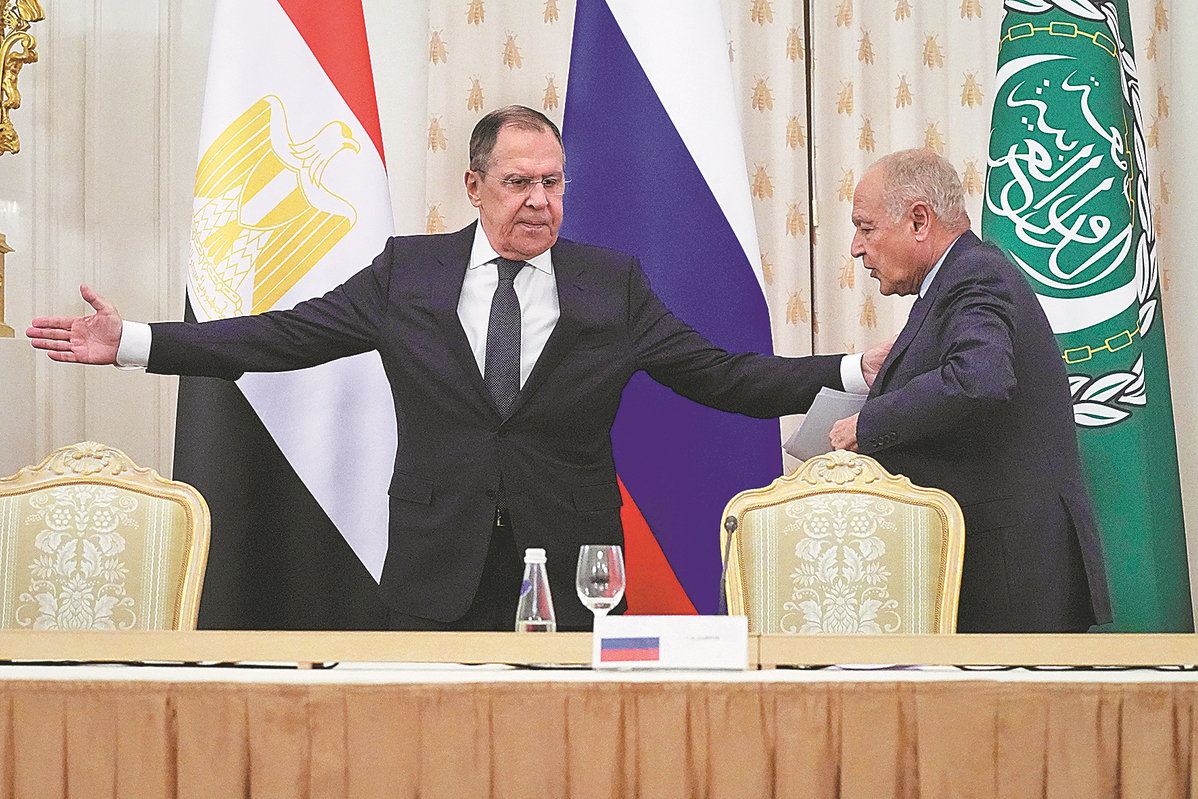 According to the decree, officials and journalists from some European Union countries as well as those from Norway, Switzerland, Iceland and Liechtenstein will no longer be able to apply for visas to Russia through a simplified procedure. The decree took effect on Monday.

Putin has also instructed the Foreign Ministry to decide on imposing entry bans on foreigners or stateless people who "commit unfriendly acts" against Russia, with the action including legal entities, the agency reported.

Russia's list of unfriendly countries includes those in the European Union, the United States, Britain, Canada and Ukraine, among others. The list was expanded after the West levied punishing sanctions on Moscow.

Amid the country's conflict with Ukraine, more Russian diplomats are being expelled by Western countries.

On the diplomatic front, some Arab countries have expressed a willingness to mediate between Russia and Ukraine, Egyptian Foreign Minister Sameh Shoukry said at a news conference in Moscow on Monday.

Foreign ministers of Egypt, Algeria, Iraq, Jordan and Sudan met on Monday with Russian Foreign Minister Sergey Lavrov. Ahmed Aboul Gheit, secretary-general of the Arab League, also joined the meeting. The ministers were due to travel to Poland on Tuesday for talks with Ukrainian Foreign Minister Dmytro Kuleba.

Russia has removed about two-thirds of the troops it had around Kyiv, mostly sent back to Belarus with plans to redeploy elsewhere in Ukraine, a senior Pentagon official said on Monday.

"They have about a third left of the forces that they had arrayed against Kyiv," the official said on grounds of anonymity.

The Russian military has said it is now focusing its efforts on the eastern Donbass region.

In a call with Kuleba, United Nations Secretary-General Antonio Guterres discussed the humanitarian situation in Bucha, a town on the outskirts of Kyiv.

Ukrainian prosecutors said at least 400 bodies have been recovered so far as a result of "the killing by Russian troops".

Ukrainian President Volodymyr Zelensky said on Monday it has become harder for his country to negotiate with Russia since Kyiv became aware of "the killings", according to CGTN.

According to Russian state news agency TASS, the United States plans to hold a session of the UN General Assembly on Russia's participation in the UN Human Rights Council as soon as Thursday.

Russia has rejected claims that its army was behind atrocities against civilians in Bucha amid widespread international outrage, claiming the footage was staged following Russian forces' retreat from the area.

Russian officials including Lavrov have repeated claims that the footage from Bucha was staged possibly with Western involvement.