MOSCOW, Aug. 30 (Xinhua) -- The Russian military has successfully test-fired a new interceptor missile at the Sary-Shagan test site in Kazakhstan, the Russian Defense Ministry said in a statement Thursday. 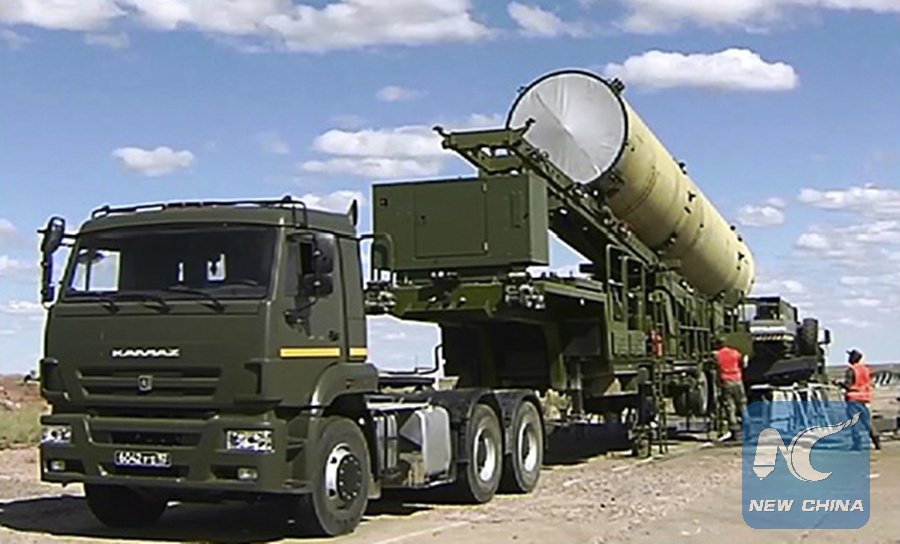 A frame grab from a video on the Russian Defense Ministry website shows the scene of a test for a new interceptor missile at the Sary-Shagan test site in Kazakhstan. (Photo: Xinhua)

According to previous Russian Defense Ministry reports, the new missile was successfully tested at the Sary-Shagan test site in February, April and July this year.

The statement did not provide more details, but the ministry's official newspaper Krasnaya Zvezda (Red Star) commenting on the July test, said that the new missile, which can reach a speed of four km per second, has no equal in the world.

"In a real environment, this will mean that the enemy's warhead will be successfully destroyed at the maximum height and distance from the protected object," Krasnaya Zvezda wrote.

The newspaper said that the missile will possibly start mass production in the near future and gradually replace the models in service since 1995.