Russia to cooperate with China on production of Sputnik V vaccine

MOSCOW, May 7 (Xinhua) -- The Russian Direct Investment Fund (RDIF) has signed deals with three Chinese biopharmaceutical companies for the production of over 260 million doses of its Sputnik V vaccine against the coronavirus in the past weeks, according to statements published on the website of the RDIF. 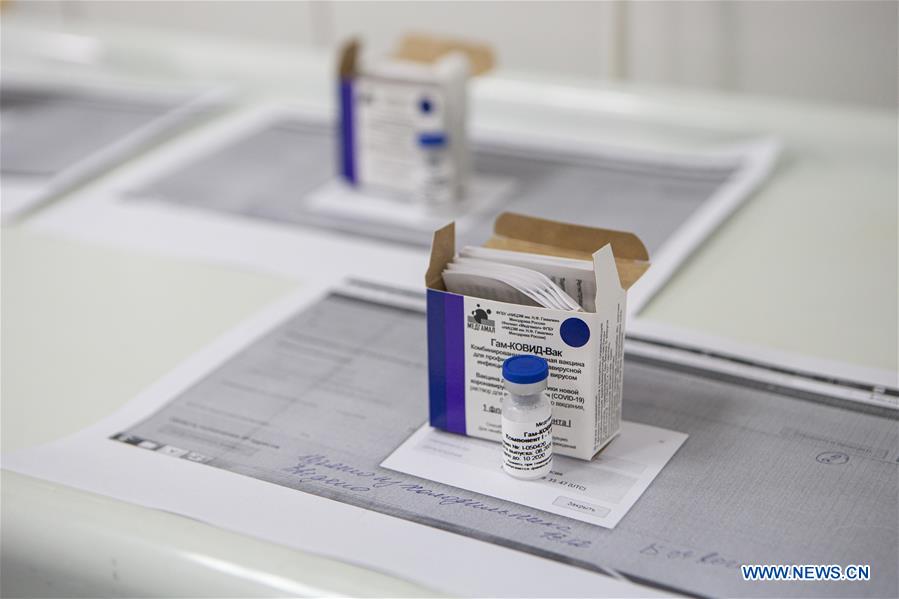 The first contract was signed with China's Shenzhen Yuanxing Gene-tech Co., Ltd. on March 29 for the production of over 60 million doses of the Sputnik V jab that is scheduled to start this month.

Another agreement was reached on April 1 with a subsidiary of a key leader in the pharmaceutical field, the Tibet Rhodiola Pharmaceutical Holding, namely TopRidge Pharma, for the production of over 100 million doses per year.

The most recent agreement was reached on April 19 with a subsidiary of a major Chinese biopharmaceutical producer Hualan Biological Engineering Inc. for the production of over 100 million doses.

The three deals together amount to a production of over 260 million doses of the jab, which will facilitate supply and could be sufficient to fully vaccinate over 130 million people worldwide, according to the RDIF.

Kirill Dmitriev, CEO of the RDIF, said cooperation with China would significantly "help increase production capacities," adding that the country is one of Russia's key partners in this field.

"China is one of the major production hubs for Sputnik V and we are ready for increasing the scope of partnership with local producers to meet the rising demand for the Russian vaccine," he added.