WORLD Russia to deploy peacekeepers in Nagorno-Karabakh after ceasefire

Russia to deploy peacekeepers in Nagorno-Karabakh after ceasefire 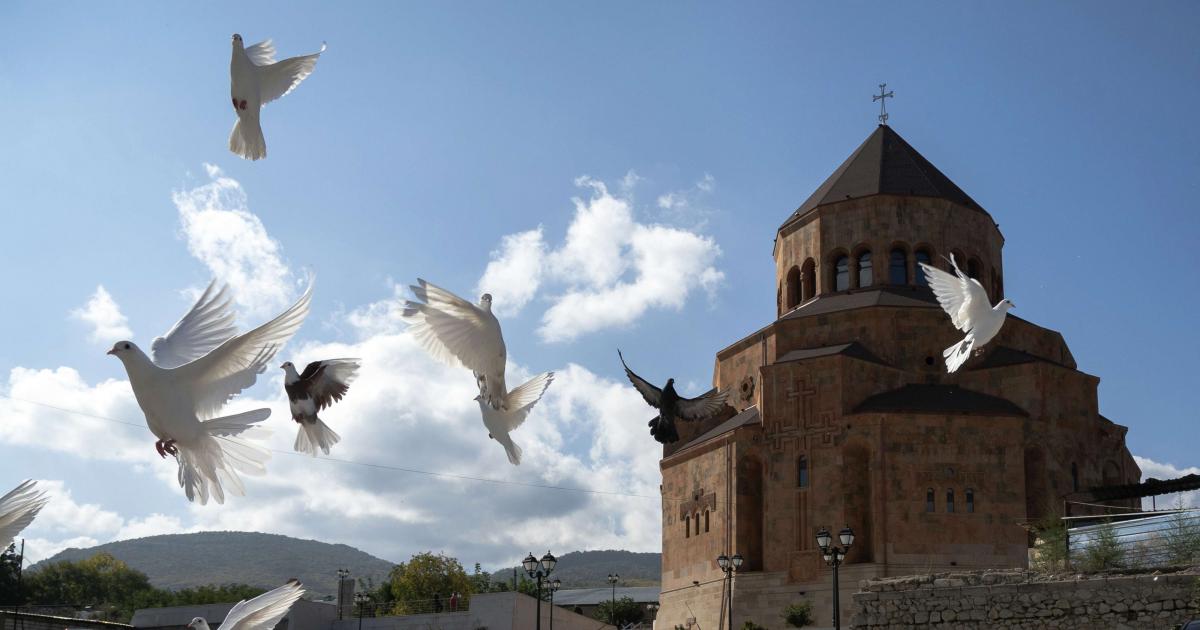 Putin said in a televised address that Azerbaijani President Ilham Aliyev, Armenian Prime Minister Nikol Pashinyan and he signed a statement on Monday declaring a "complete cessation of fire and all hostilities" in the Nagorno-Karabakh conflict zone from 00:00 Moscow time Tuesday (2100 GMT Monday).

Azerbaijan and Armenia agreed to stop at their positions they have held, Putin said.

Russia has started deploying 1,960 peacekeepers to Nagorno-Karabakh, the Russian Defense Ministry was quoted by local media as saying on Tuesday.

A Russian peacekeeping contingent is being deployed consisting of 1,960 military personnel, 90 armored personnel carriers, 380 vehicles and pieces of special equipment, the ministry said.

Meanwhile, Azerbaijan and Armenia will exchange war prisoners, other detained persons and bodies of the dead, while all economic and transport links of the region will be unblocked, according to the Russian leader.

Internally displaced persons and refugees will return to the territory of Nagorno-Karabakh and its surrounding areas under the care of the United Nations High Commissioner for Refugees, Putin said.

"We presume that the agreements will create the necessary conditions for a long-term and full-format settlement of the crisis around Nagorno-Karabakh on a just basis and in the interests of the Armenian and Azerbaijani peoples," he said.

Armenia and Azerbaijan have been at loggerheads over the mountainous region of Nagorno-Karabakh since 1988. Peace talks have been held since 1994 when a ceasefire was reached, but there have been sporadic minor clashes.

A new round of armed conflict broke out in the region in September, causing heavy casualties and property losses.