WORLD Russia to expel diplomats from US and Europe: media

Russia to expel diplomats from US and Europe: media 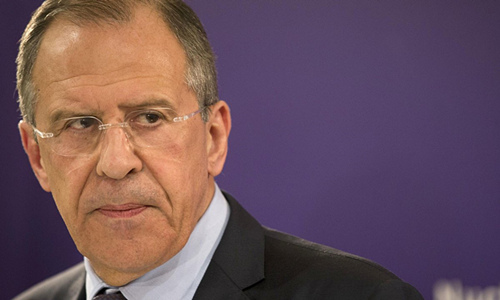 Britain must cut more than 50 diplomats from Russia, BBC reports on Saturday.

Some 23 British diplomats have been expelled by Russia after 23 Russian diplomats were forced to leave UK after the poisoning attack.

Now Russia is insisting that more British diplomats should leave, a total of more than 50, BBC reported.

British ambassador in Moscow, Laurie Bristow, was told on Friday that British mission in Russia should be cut to the same size as the Russian mission in UK.

According to French foreign ministry on Friday, 4 French diplomats will be expelled from Russia in retaliation for France's decision to oust Russian envoys from its territory over the poisoning issue in Britain.

"We will retaliate in kind, but there will be more. These include the expulsion of the same number of US diplomats and our decision to withdraw our consent to the operation of US Consulate General in St. Petersburg", said Russia Foreign Minister Sergey Lavrov  to media about Russia's retaliation against the expulsion of Russian diplomats Thursday, Moscow, March 29, 2018.