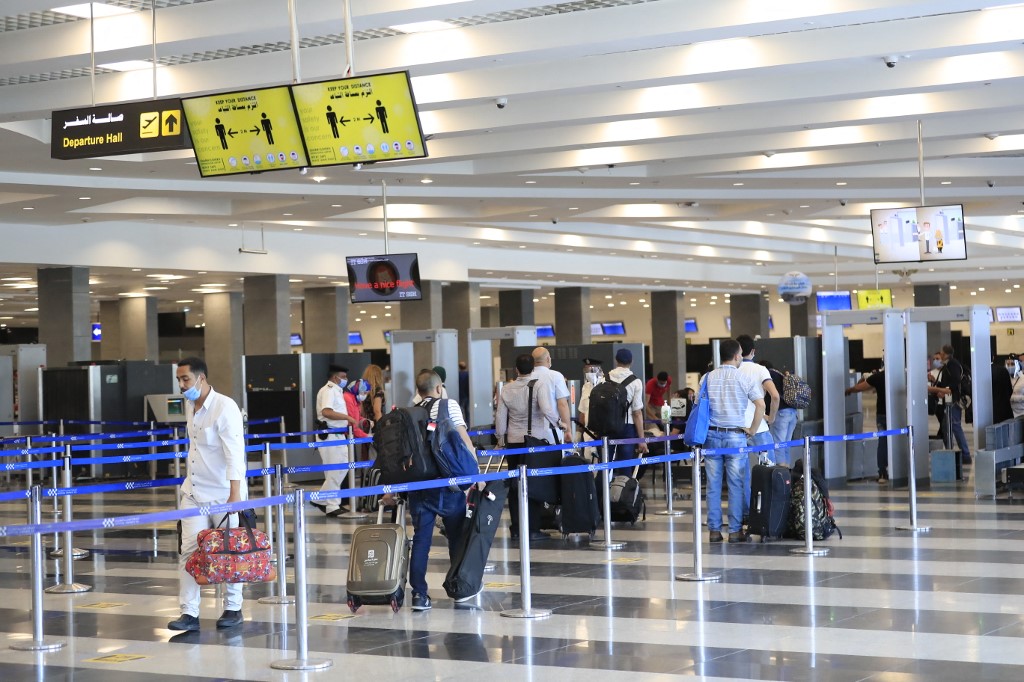 Passengers stand in a queue ahead of a security check at the Sharm el-Sheikh international airport on June 20, 2020. (Photo: AFP)

"A delegation of 17 security inspectors from the Russian Ministry of Transport has recently made an inspection tour for seven days at Sharm El-Sheikh and Hurghada airports, and they praised the security measures implemented at the two airports," the Egyptian official added.

Russia suspended flights to Egypt a few days after a Russian plane crashed over Egypt's Sinai Peninsula in late October, 2015, killing all 224 people on board. The crash was later claimed by the Islamic State.

In April 2018, direct flights between Moscow and Cairo were resumed, but the suspension related to the two Red Sea resort cities remained.

Amr Hussein Hindy, undersecretary of the Tourism and Civil Aviation Committee of the Egyptian parliament, described the anticipated resumption of Russian flights to Sharm El-Sheikh and Hurghada as "positive" and "hopeful."

The lawmaker emphasized that Egypt's airports are safe and the security measures there are tight, noting that the Russian decision shows that they are completely reassured.

The Russian flight suspension greatly affected Egyptian tourism industry, for Russia used to be a top source of tourists for Egypt.

"We hope that the return of Russian tourists will be a beginning step of tourism refreshment in Egypt, for as we know the tourism sector is already suffering because of the COVID-19 crisis," Hindy told Xinhua.

For his part, Bassem Halaka, head of the Egyptian syndicate of tourism workers, considered the decision "a very important start for the future return of Russian tourists," noting that Russia ranked first in terms of the number of tourists in Egypt.

"The return of Russian tourists will undoubtedly help revive tourism in Sharm El-Sheikh and Hurghada, which are the favorite destinations for Russian tourists," the syndicate chief told Xinhua.