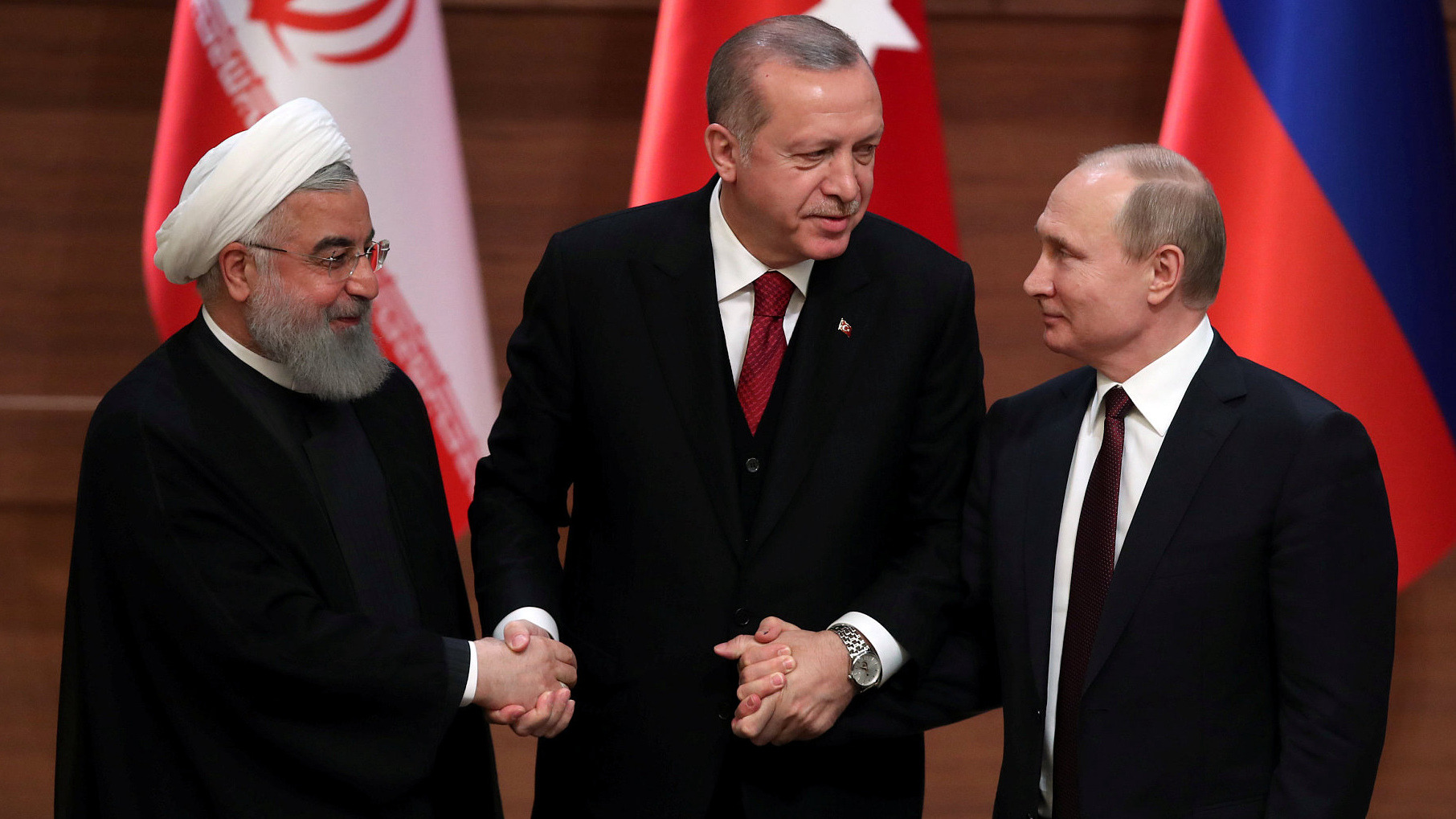 The meeting of the heads of Russia, Turkey and Iran dedicated to the settlement of the Syrian crisis is set for Sept. 7 in Tehran, Kremlin spokesman Dmitry Peskov said Friday.

"We have received information from the Iranian side that they switched back to Tehran option and that they are organizing the trilateral meeting precisely in Tehran," Peskov was quoted as saying by TASS news agency.

According to previous reports, the meeting between Russian President Vladimir Putin, Turkish President Recep Tayyip Erdogan and Iranian President Hassan Rouhani on Syria is expected to take place in the northern Iranian city of Tabriz.

The three countries are guarantors of a cease-fire deal in Syria and they have been mediating a peace process for the Syrian crisis since 2016.

The Syrian government, backed by Russia, aims to clear Syria's northwestern province of Idlib on the border with Turkey of militants who have been controlling the province since early 2017.

Russian Foreign Minister Sergei Lavrov and his Turkish counterpart, Mevlut Cavusoglu, after talks in Moscow last Friday stressed the need to separate terrorists from civilians and moderate opposition in Idlib.

Ankara fears that a military operation in Idlib to destroy terrorists can trigger a flood of refugees to Turkey.

Peskov said that Putin and Erdogan may hold a separate meeting on the sidelines of the summit.