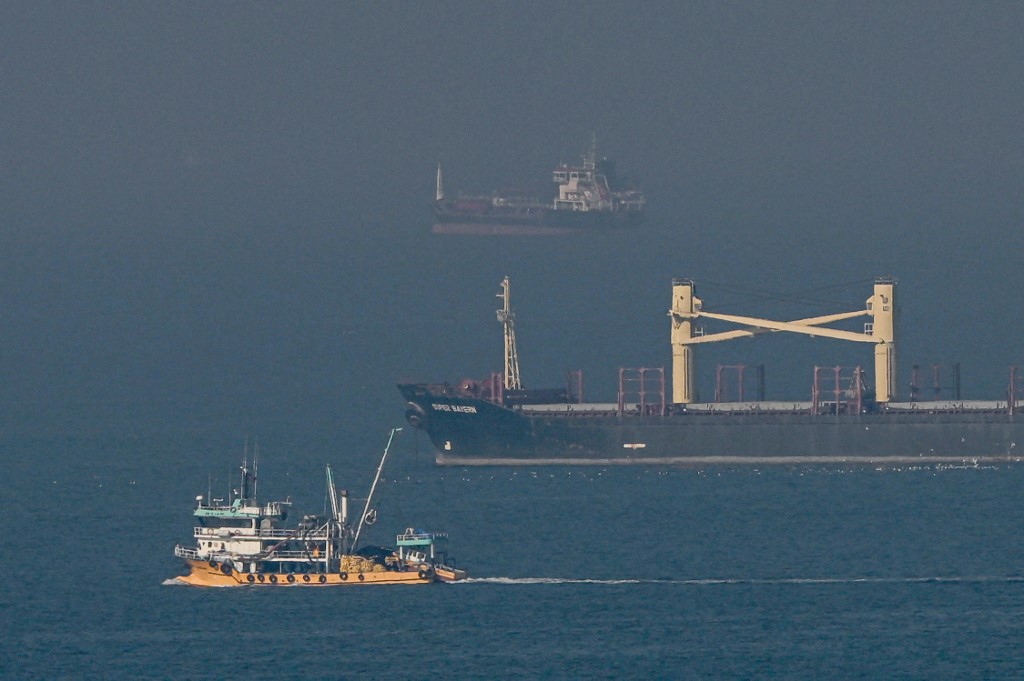 Cargo ship Super Bayern (C), carrying Ukrainian grain, is seen behind a fishing trawler (L) at the entrance of Bosphorus, In the Black Sea off the coast off Kumkoy, north of Istanbul, on November 2, 2022. (Photo: AFP)

MOSCOW, Nov. 17 (Xinhua) -- Russia and Ukraine agreed on Thursday to prolong a deal on the export of grain and fertilizers from Black Sea ports, which expires on Friday, for 120 days.

The deal, also known as the Black Sea Grain Initiative, will be extended without any change in its terms and scope, said the Russian Foreign Ministry in a statement.

"The decision has just been made in Istanbul. The United Nations and Türkiye remained guarantors of the initiative," said Ukrainian Infrastructure Minister Oleksandr Kubrakov on Facebook.

The Russian ministry stressed the "package" nature of the deal, including efforts to facilitate the export of Russian food and fertilizers to global markets, and demanded that obstacles in this area must be removed within the next four months.

The Russian ministry noted that after its "repeated reminders," about 300,000 tons of Russian fertilizers for developing countries that were detained in European Union ports began to be unblocked.

"It should also be absolutely clear that any attempt to use the humanitarian corridor (for grain export) in the Black Sea for provocative military purposes will be resolutely suppressed," said the Russian ministry.

Since the deal came into effect on Aug. 1, Ukraine has exported more than 10.1 million tons of foodstuffs to 38 countries via its ports of Odesa, Chornomorsk and Pivdenny, according to Ukrainian official figures.

On July 22, Russia and Ukraine separately signed a document in Istanbul with Türkiye and the United Nations on grain and fertilizer exports from Ukraine and Russia to ensure supplies to global markets amid the Russia-Ukraine armed conflict.