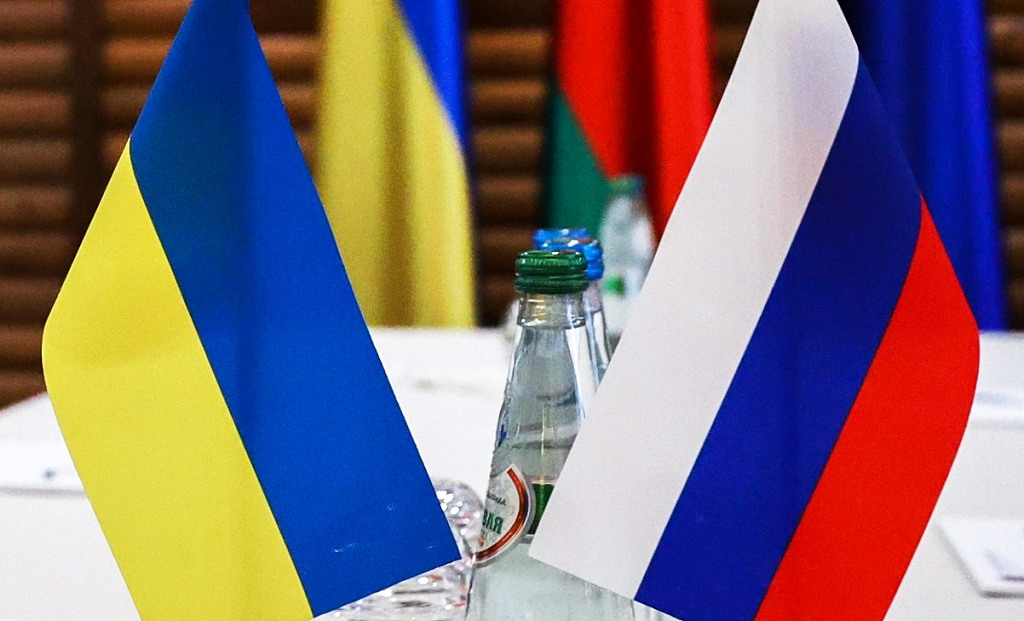 Flags are seen on a table before Russian-Ukrainian talks in Belarus, March 7, 2022. (Photo: CFP)

MOSCOW/KIEV, April 1 (Xinhua) -- Negotiations between Russia and Ukraine are continuing in an online format, the head of Russia's delegation at talks with Ukraine Vladimir Medinsky said Friday.

"We are continuing negotiations in a videoconference format. Our positions on Crimea and Donbass remain unchanged," Medinsky wrote in a Telegram post.

Also on Friday, Ukraine's government-run Ukrinform news agency confirmed that Ukraine and Russia have started the next round of peace talks via video, citing a member of the Ukrainian delegation Mykhailo Podolyak.

On Thursday, another Ukrainian negotiator, David Arakhamia, said that at the fresh talks, the Ukrainian and Russian delegations will intensify efforts to work out an agreement needed for a meeting between Ukrainian President Volodymyr Zelensky and Russian President Vladimir Putin.

Russia and Ukraine held their latest round of face-to-face peace talks in Turkey's Istanbul on Tuesday, which lasted for about three hours.