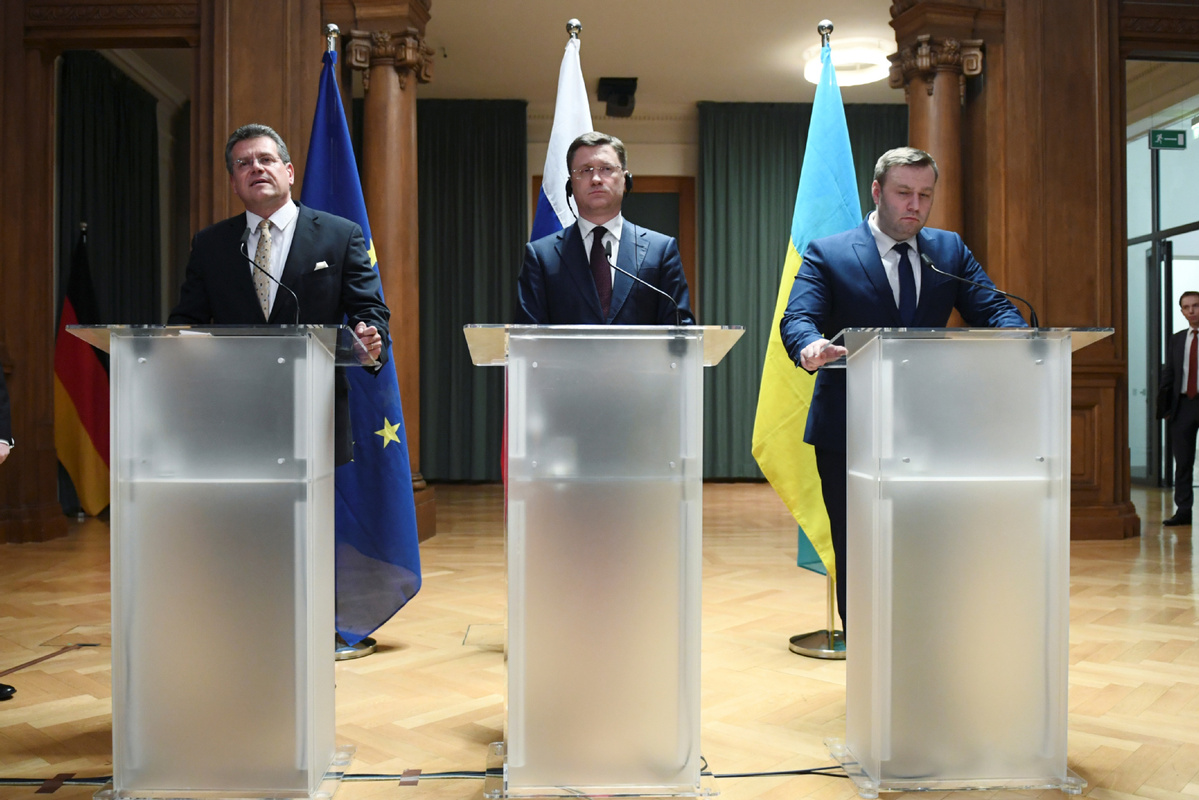 "After these very intensive talks I am very glad to say that we reached an agreement in principle on all key elements," Sefcovic said in the press briefing at the German Ministry of Economy and Energy after hours of talks between the two countries through the mediation of the European Union (EU) and Germany.

Sefcovic said the details of the agreement are to be discussed on Friday.

Representatives from Russia and Ukraine met in Berlin with the current 10-year agreement due to expire on Dec 31. Earlier Thursday, Russian President Vladimir Putin said the question of the gas transit through Ukraine is about volumes and timelines.

The European Union now imports nearly 40 percent of its natural gas from Russia. As the most important transit country of Russian gas, Ukraine earns billions of US dollars of transit fees every year.