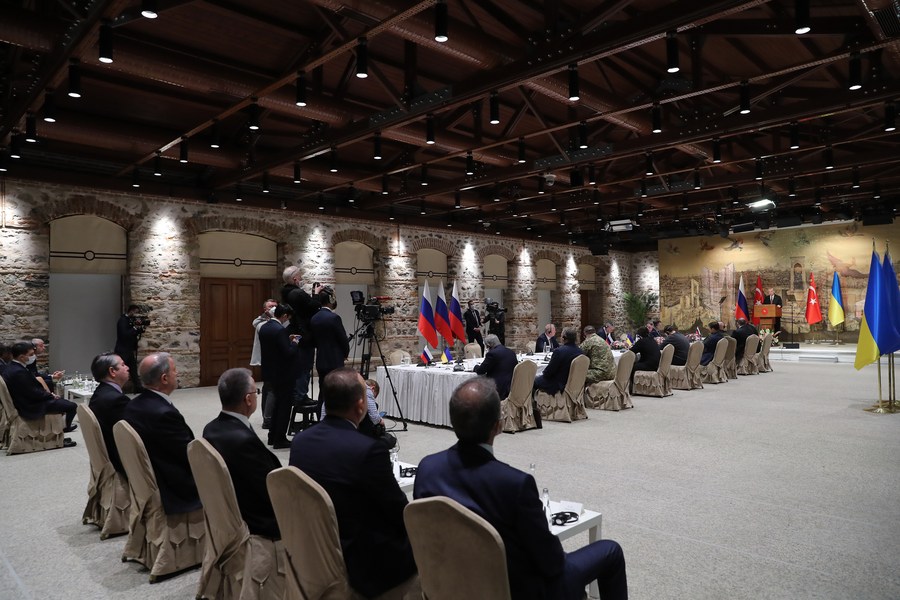 A fresh round of face-to-face peace talks between Russia and Ukraine is held in Istanbul, Turkey, March 29, 2022. (Photo: Xinhua)

"There is still quite a long road ahead ... The working process is continuing, but more viscously than we want," Peskov told a daily briefing, stressing that Moscow would like Kiev to be more active during the negotiations.

The withdrawal of Russian troops from the Kiev region was to facilitate the peace talks, he told France's LCI broadcaster earlier in the day.

Russia is interested in Ukrainian President Volodymyr Zelensky agreeing to Russia's conditions, which were clearly formulated by the Russian delegation, so that the military operation will come to an end, he said.