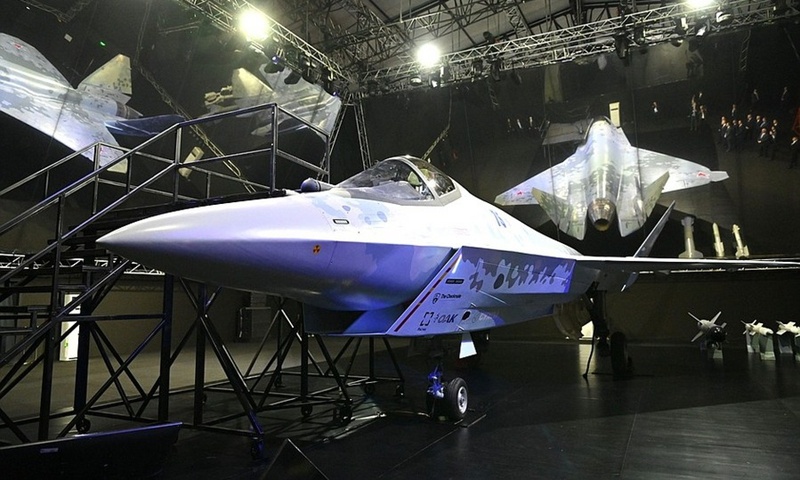 A prototype of the Checkmate aircraft is showcased at the MAKS aerospace show on July 20, 2021. (Photo: Xinhua)

Russia displayed a prototype of its fifth-generation lightweight single-engine fighter jet "Checkmate" at the International Aviation and Space Salon (MAKS)-2021 that kicked off in a Moscow suburb on Tuesday.

The Checkmate will use the same engine and avionics as Russia's fifth-generation heavyweight twin-engine fighter Su-57, which ensures the speedy development of the new jet, Rostec CEO Sergei Chemezov said.

A Checkmate will cost 25-30 million U.S. dollars, making it relatively affordable on the international weaponry market, he added.

It will take five and a half years before the first delivery of the fighters to customers, according to local media reports.

Russian President Vladimir Putin visited the prototype of the Checkmate at the MAKS aerospace show on Tuesday.