MOSCOW, May 31 (Xinhua) -- Russia's Security Council Secretary Nikolai Patrushev said on Monday that the country's national security strategy is being renewed in light of the changing nature of security threats. 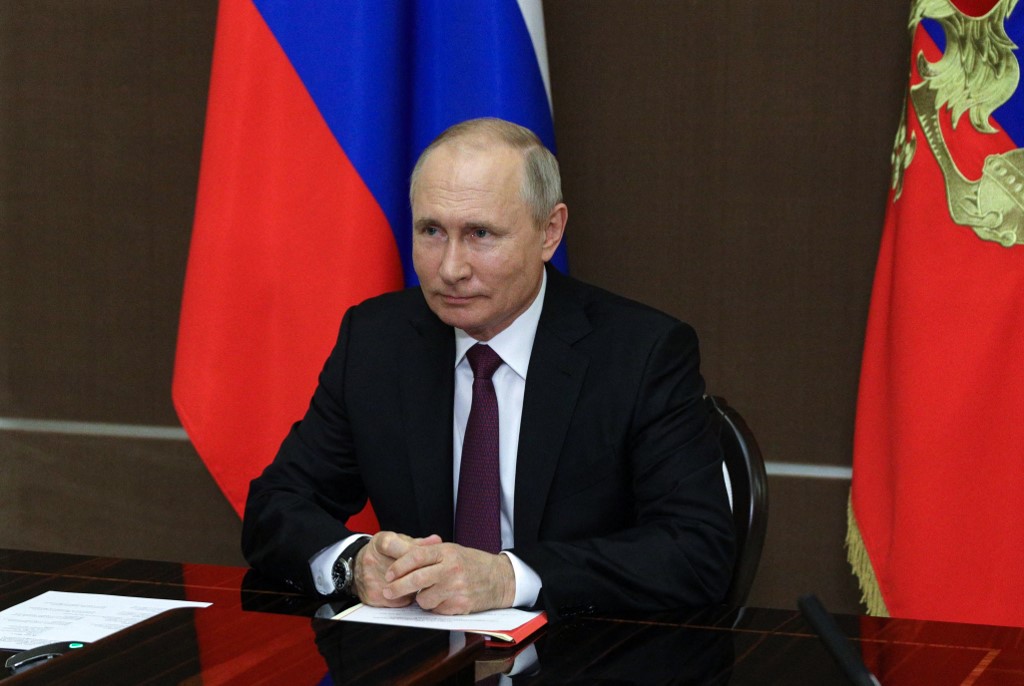 Russian President Vladimir Putin chairs a meeting with members of the Security Council via teleconference call at the Bocharov Ruchei state residence in Sochi, on May 28, 2021. (Photo: AFP)

"Political and economic pressure is being used to contain Russia, and attempts are being made to destabilize our socio-political situation, incite and radicalize protests, and erode traditional Russian spiritual and moral values," Patrushev told the government's official newspaper Rossiyskaya Gazeta.

On Friday, Russian President Vladimir Putin chaired a meeting of permanent members of the Security Council to discuss the draft of the new national security strategy. The current version was adopted in 2015 and should be modified every six years in accordance with law.

According to Patrushev, the updated strategy will be aimed at significantly improving the well-being of the population, strengthening Russia's defense capabilities, cementing internal unity, and achieving national development goals.

Particular attention is paid to preserving Russia's nuclear deterrence at a sufficient level, maintaining the combat readiness of the armed forces, and keeping a leading position in the development and production of advanced weapons, he said.

The senior official stressed the importance of including cyber threats in the new version of the strategy.

He said it is necessary to protect Russia's sovereignty in the cyberspace given foreign attempts to interfere in Russia's internal affairs through cyber attacks and large-scale disinformation campaigns.