MOSCOW, Sept. 27 (Xinhua) -- Russian Foreign Minister Sergei Lavrov on Sunday called on Armenia and Azerbaijan to halt any armed conflict along the contact line of the Nagorno-Karabakh region. 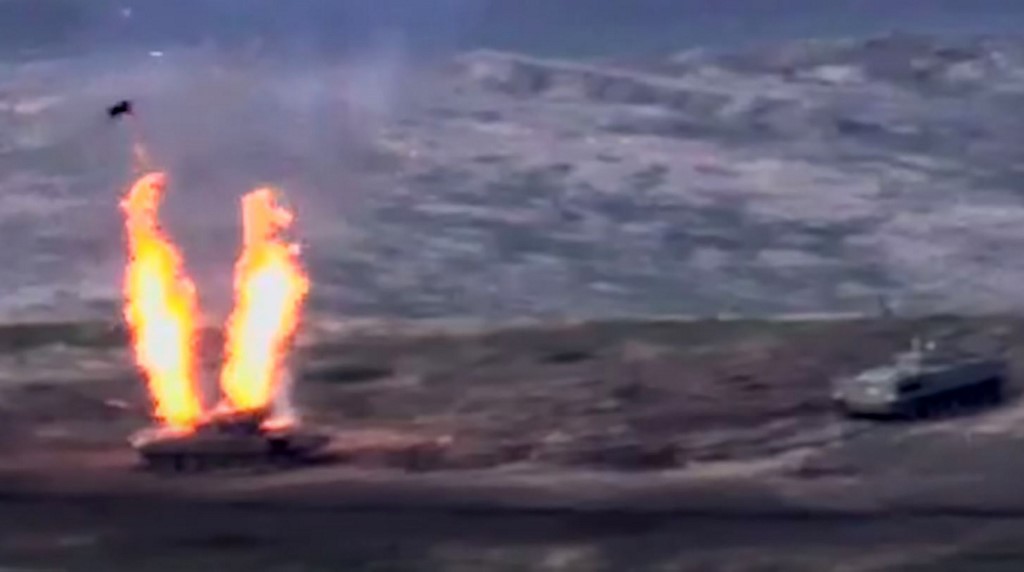 An image grab taken from a video made available on the official web site of the Armenian Defence Ministry on September 27, 2020, allegedly shows destroying of Azeri military vehicles during clashes between Armenian separatists and Azerbaijan in the breakaway region of Nagorno-Karabakh. (Photo: AFP)

Expressing serious concern about the conflicts along the contact line of the Nagorno-Karabakh region, Lavrov urged an early ceasefire between Armenia and Azerbaijan, according to press releases by the Russian Foreign Ministry.

Russia will continue to undertake mediation efforts to stabilize the situation, he said.

Earlier in the day, the ministry issued a statement calling on the parties to immediately cease fire and start negotiations.

The Armenian Defense Ministry said Sunday that it has shot down two Azerbaijani helicopters and three drones.

Meanwhile, Azerbaijan's Defense Ministry said it is currently launching a counter-offensive in the region.

Armenia and Azerbaijan have been at loggerheads over the mountainous region of Nagorno-Karabakh since 1988. Peace talks have been held since 1994 when a ceasefire was reached, but there have been occasional minor clashes along the border.