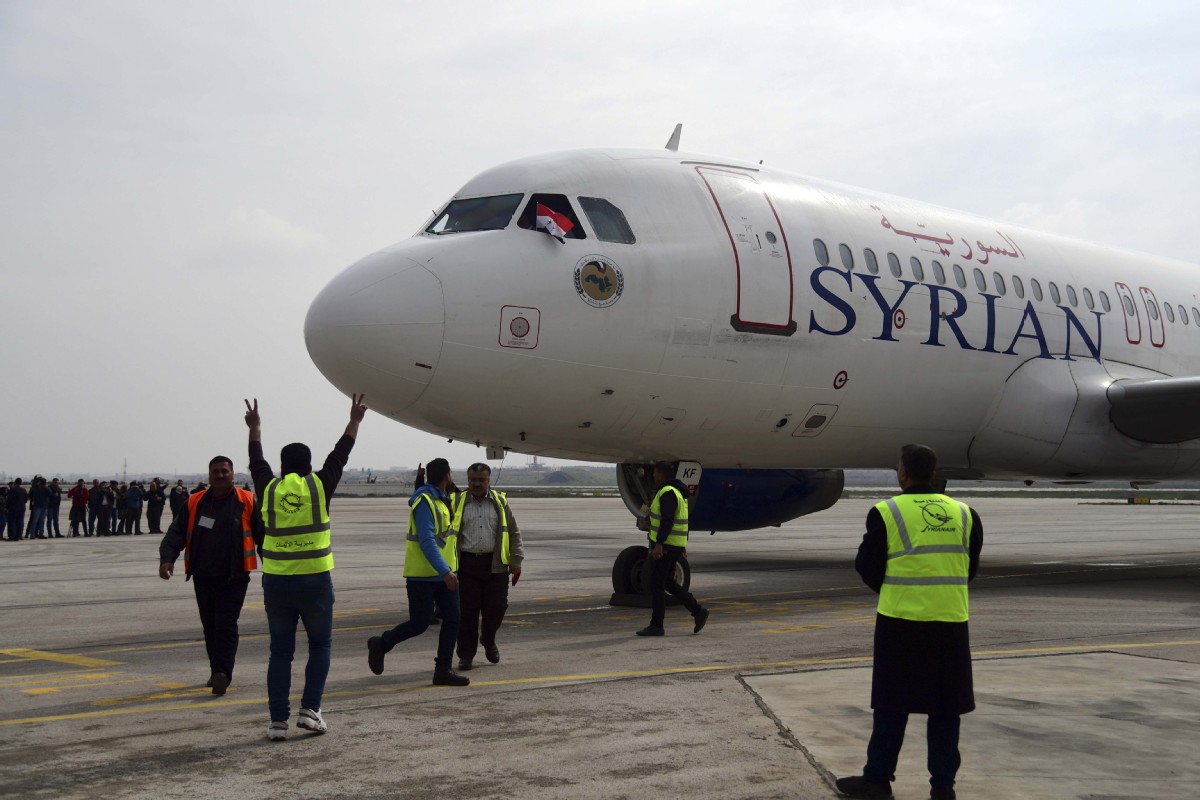 Workers welcome a commercial plane after it landed at Aleppo Airport on Wednesday. The flight from Damascus marked the resumption of internal flights between Syria's two largest cities for the first time since 2012. (Photo: AP)

ISTANBUL/UNITED NATIONS－Russia on Wednesday warned Turkey against intervening in Syria, as Turkish President Recep Tayyip Erdogan said a military operation by his forces to push back a Syrian government offensive against rebels in northwest Syria was now "a matter of time" after talks with Moscow failed to halt the assault.

Turkish troops have already massed inside the Idlib region and more were heading to the border area, bringing NATO member Turkey and the Russian-backed Syrian government close to the brink of direct confrontation.

Erdogan said talks with Moscow over the past two weeks had so far failed to achieve "the desired result" and warned that Turkey would launch an offensive into Syria unless Damascus pulled its forces back by the end of the month.

"An operation in Idlib is imminent. ... We are counting down, we are making our final warnings,"Erdogan said in a televised speech.

He called for Syrian forces to retreat by the end of this month behind Turkey's military posts in Idlib, which were set up under a 2018 deal with Russia designed to hold off an advance by Damascus.

The Kremlin quickly responded to Erdogan's threat, saying that Turkey should instead act against "terrorist groups" in Idlib.

With Turkey moving large numbers of reinforcements into Idlib in recent weeks, Turkish Defense Minister Hulusi Akar emphasized that it was "out of the question for us to withdraw from our observation posts".

"If there is any sort of attack against them, we will retaliate in kind," he told reporters in Ankara.

Meanwhile, a Syrian passenger jet landed in Aleppo on Wednesday from Damascus as domestic flights resumed between Syria's two largest cities for the first time since 2012, even as government forces continued bombarding several rebel-held towns and villages nearby.

The flight carrying Syrian officials and journalists was an important symbol that Damascus has consolidated its control over the northwestern province of Aleppo and also seized the last segments of the strategic M5 highway linking Aleppo to Damascus. The motorway, under repair, is scheduled to reopen in coming days for the first time in eight years.

At the United Nations, Wu Haitao, China's deputy permanent representative, said on Wednesday that terrorism in Syria must be eradicated to create a favorable security environment for the political process.

"China supports all parties concerned in continuing to seek comprehensive and long-term solutions to the Idlib problem through dialogue. A political solution is the only way to end the Syrian crisis."