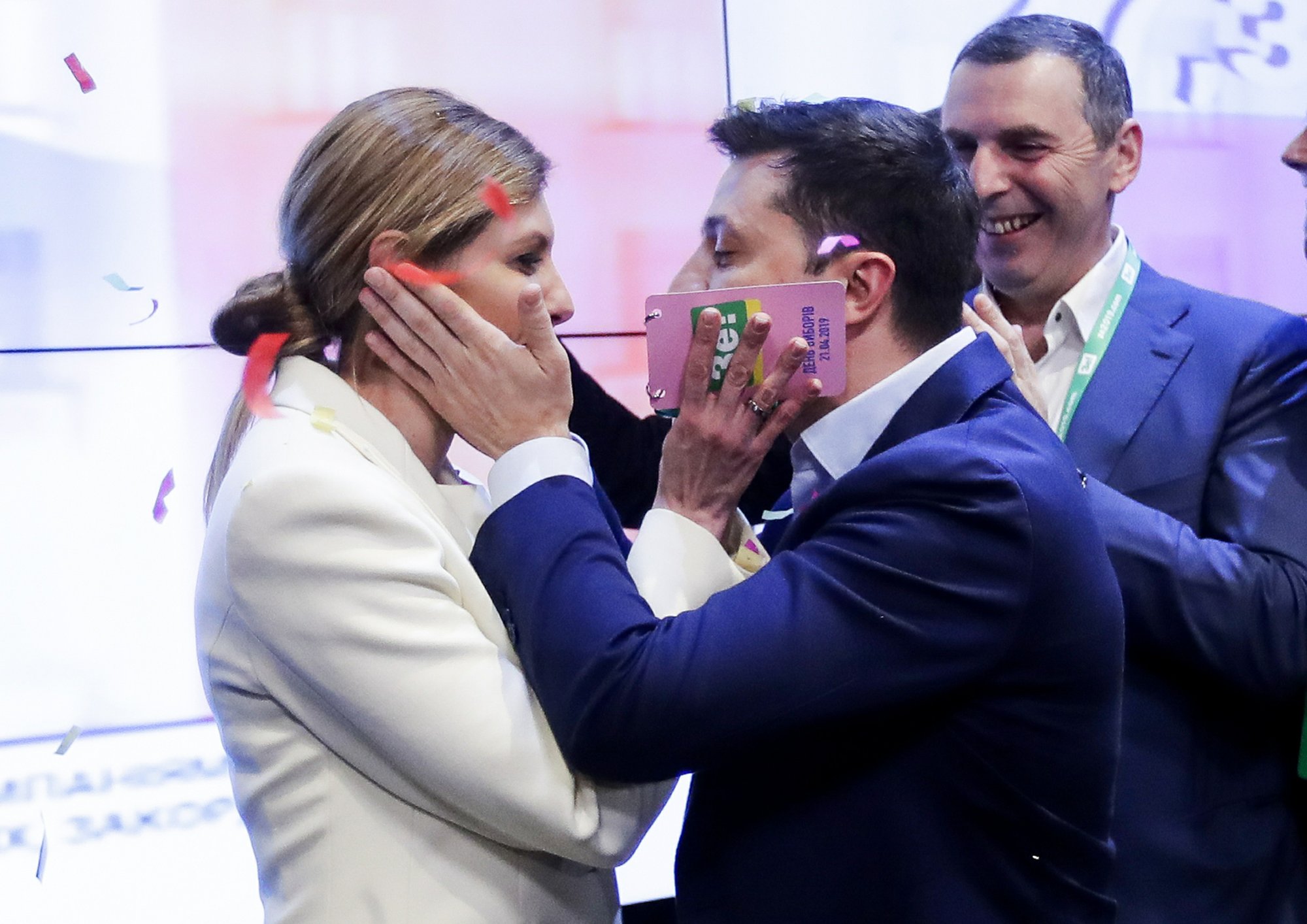 Ukrainian comedian and presidential candidate Volodymyr Zelenskiy, and his wife Olena Zelenska congratulate each other at his headquarters after the second round of presidential elections in Kiev, Ukraine, Sunday, April 21, 2019. (Photo: AP)

"Now it is the turn of the new leadership of the country to understand and implement the aspirations of voters. Of course, this refers to both domestic and foreign policy of the country," Karasin was quoted by Sputnik news agency as saying.

Konstantin Kosachev, chairman of the Russian Federation Council's Foreign Affairs Committee, said that he sees no reasons for Russia not to recognize the results of the presidential polls.

"I don't think it would be in the interests of our bilateral relations to follow the path of non-recognition of these elections and thus closing the doors to contacts with Ukraine's new authorities," Kosachev told Russiya-24 TV channel.

Ukraine's national exit poll showed earlier that Ukrainian actor Volodymyr Zelensky won the presidential election by gaining 73.2 percent of the votes in the second round.

The results of the second round are set to be announced by the Central Election Commission by May 1 and the new president is expected to take office no later than June 3.