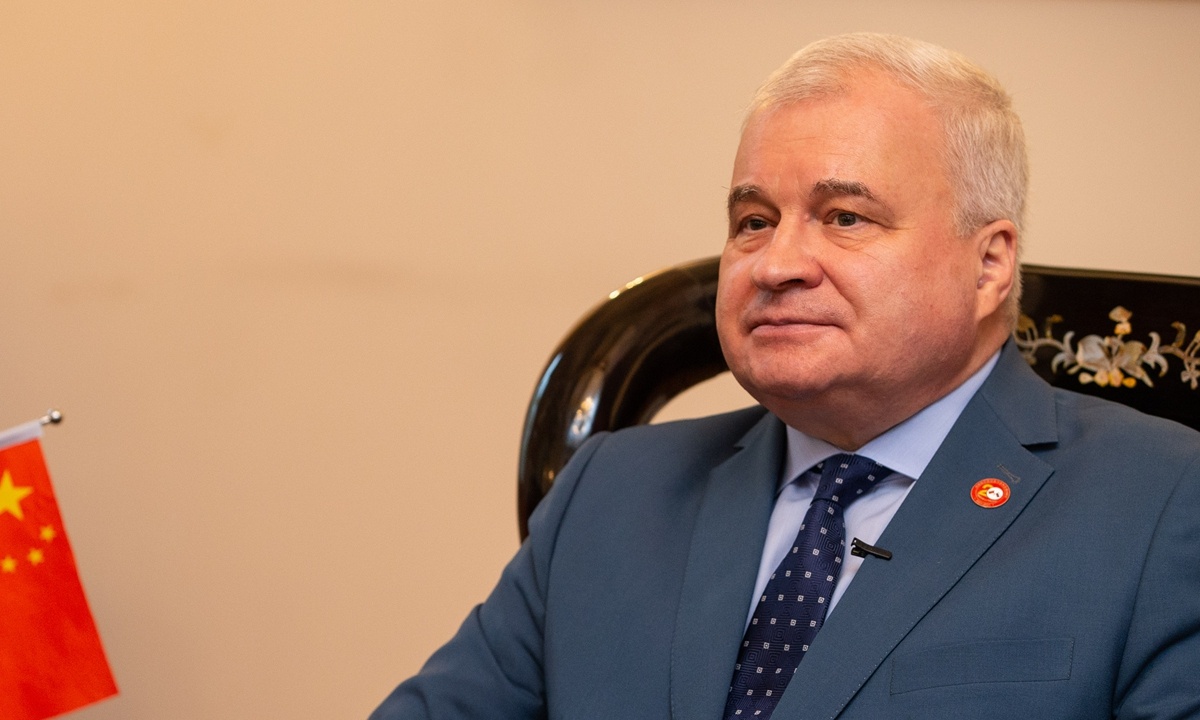 Russia does not expect impossible outcomes from the upcoming summit between Russian President Vladimir Putin and US President Joe Biden in Geneva, and the two sides are unlikely to resolve important issues at the meeting, Russian Ambassador to China Andrey Denisov told the Global Times in an exclusive interview.

The ambassador noted that if the two leaders talk about issues related to China during their meeting, Russia will discuss them with the Chinese side. He stressed that Russia-China relations will not change no matter what attitude the US takes toward Russia.

Putin and Biden are set to meet in Geneva on June 16, the first meeting between the two leaders since Biden took office.

Some analysts believed that during their first bilateral meeting, Biden and Putin will discuss topics including strategic stability, disarmament, ecology, COVID-19 and conflicts in hot spots.

Denisov told the Global Times that Russia welcomes any measures that reduce tensions and competition, but they are also very cautious about what they can expect from Russian-American relations, especially in the context of the very tense relationship between the two countries.

He said Russia is a "realist" and does not expect impossible outcomes, and the summit is not likely to resolve important issues between the two countries. A better outcome is one that sets conditions for resolving problems in the future, said the diplomat.

Media reports showed that while the upcoming summit is seen by some analysts as an "ice-breaking" opportunity to reshape US-Russia relations, the two sides have been talking tough to each other and sending signals to lower external expectations ahead of the summit. Biden vowed to be tough with Russia and press it on human rights, while Putin has said he does not expect any breakthroughs from his meeting with US counterpart.

Some analysts pointed out that while it would be hard to break the ice in US-Russia relations, the US should stabilize relations and ease tensions with Russia so as to concentrate on dealing with China. As a result, the Geneva meeting may become an opportunity to lobby Russia.

In response to this view, Denisov told the Global Times that the idea that Russia would alienate China over the possibility of the US temporarily easing tensions with Russia is "very short-sighted."

"Russia is smarter than Americans think," he said.

The diplomat said that during the visit of Russian Foreign Minister Sergey Lavrov to China and the visit of Yang Jiechi, a member of the Political Bureau of the Communist Party of China (CPC) Central Committee and director of the Office of the Foreign Affairs Commission of the CPC Central Committee, to Russia, both sides discussed US topics. If the US and Russia talk about issues related to China during the upcoming summit, the Russian side will also communicate and discuss it with China.