MOSCOW, April 13 (Xinhua) -- Russia's gross domestic product may fall by 5 percent this year, while the number of the unemployed may triple due to the COVID-19 pandemic, head of Russia's Accounts Chamber Alexei Kudrin said Monday. 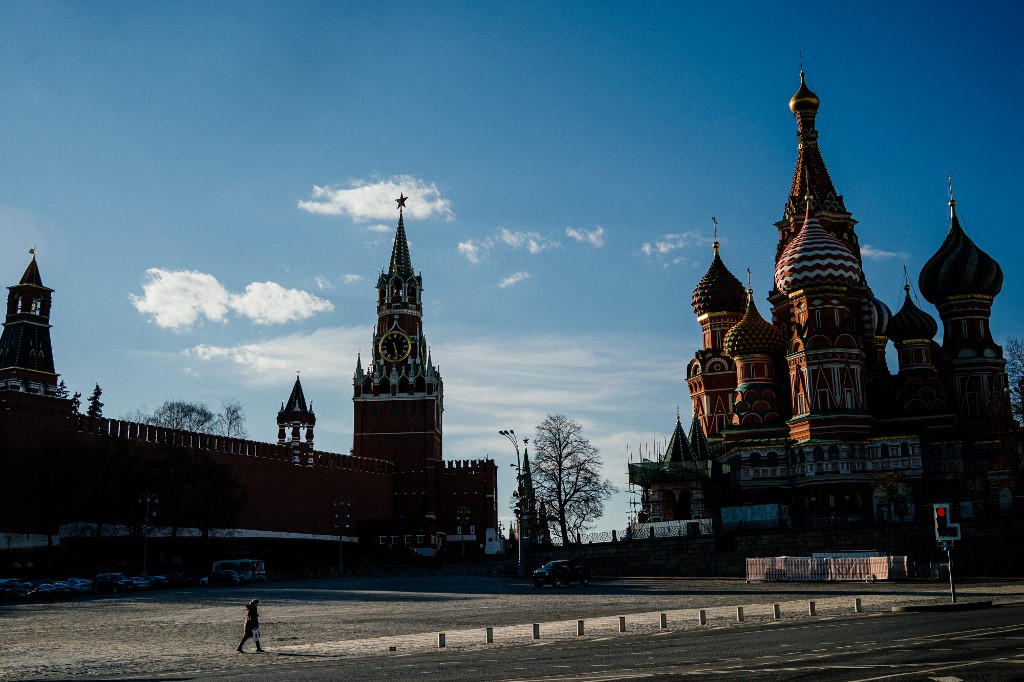 A woman walks near the Kremlin in downtown Moscow on April 12, 2020, during a strict lockdown in Russia to stop the spread of the novel coronavirus COVID-19. (Photo: AFP)

"My previous estimate was a drop between 3 and 5 percent, now I think it will be closer to five," Kudrin said in a live interview with the RBC private Russian TV channel.

Kudrin, a former Russian deputy prime minister and finance minister, said he also expects the number of the unemployed in the country to shoot to 8 million from 2.5 million this year.

He said it was difficult to make rigorous forecasts given how the quarantine imposed in the country until the end of the month might be extended and therefore some regions and sectors of the economy would remain strained.

However, by the end of the year there may be a restart of the economy, bringing growth in demand and consumption, resulting in a drop of unemployment as small and medium-sized businesses resume work, Kudrin said.