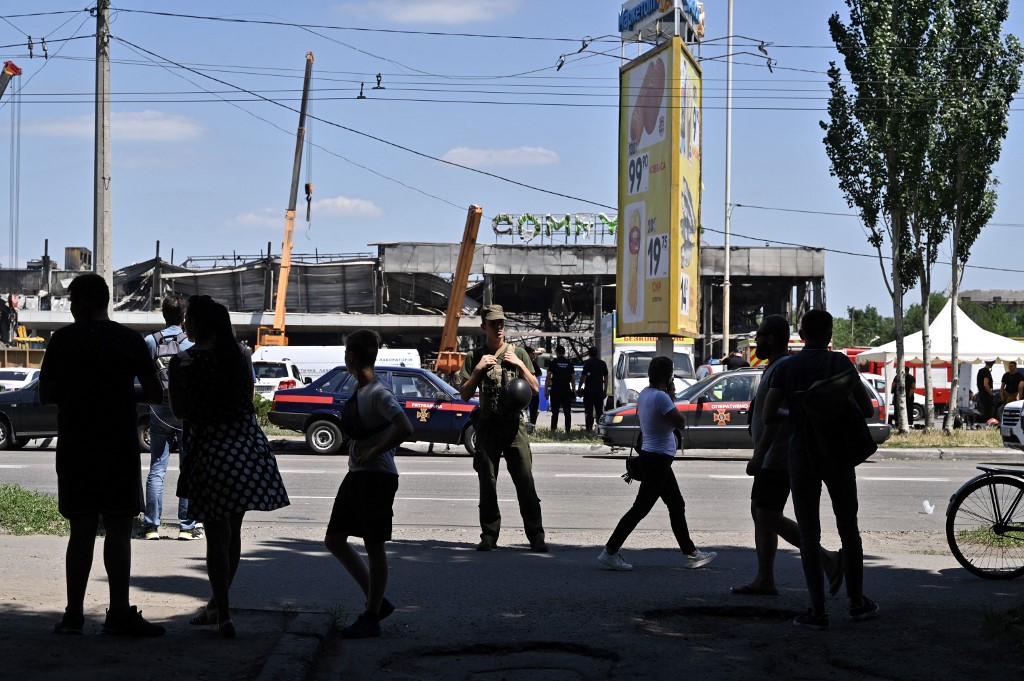 People walk by the Amstor mall, the day after it was hit by a Russian missile strike according to Ukrainian authorities in Kremenchuk, on June 28, 2022. (Photo: AFP)

The attack, targeting weapons delivered by the United States and European countries, was carried out with "high-precision weapons of Russia's aerospace forces and Kalibr missiles," the Russian Defense Ministry said in a statement.

The strike destroyed West-manufactured armaments and munitions set to be delivered to Ukrainian troops in Donbass, it added.

"The detonation of the stored munitions caused a fire in a non-functioning shopping center next to the facilities of the plant," the ministry said.

Ukrainian President Volodymyr Zelensky said on Telegram that the attack hit a local shopping mall with more than 1,000 people inside.