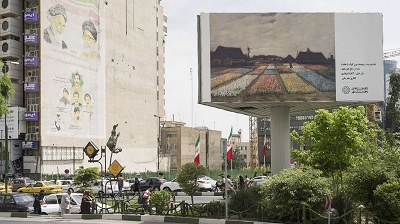 The Financial Tribune reported that The Central Bank of Iran and the Export Insurance Agency of Russia signed a deal recently to pave the way for Russian banks to fund Iranian projects.

Under the deal, Eximbank will provide loans "without a ceiling" to the four lenders to finance development projects in Iran.

But it is not yet known which projects will be eligible to get the funds, said Deputy Economy Minister Mohammad Khaza, also director of the Organization for Investment, Economic and Technical Assistance of Iran.

"Several projects have already applied for the funds, but their applications need to be assessed in the Central Bank of Iran and the Economy Ministry. In case of approval, they will be introduced to Russia's Eximbank for undergoing the final stage," Khaza said.

This is the first interbank loan from Russia to Iran and "will be an effective step toward expansion of the economic ties between the two countries," he added.

Based on the agreement, Russian exporters can also use the loans to export technical and engineering services to Iran.