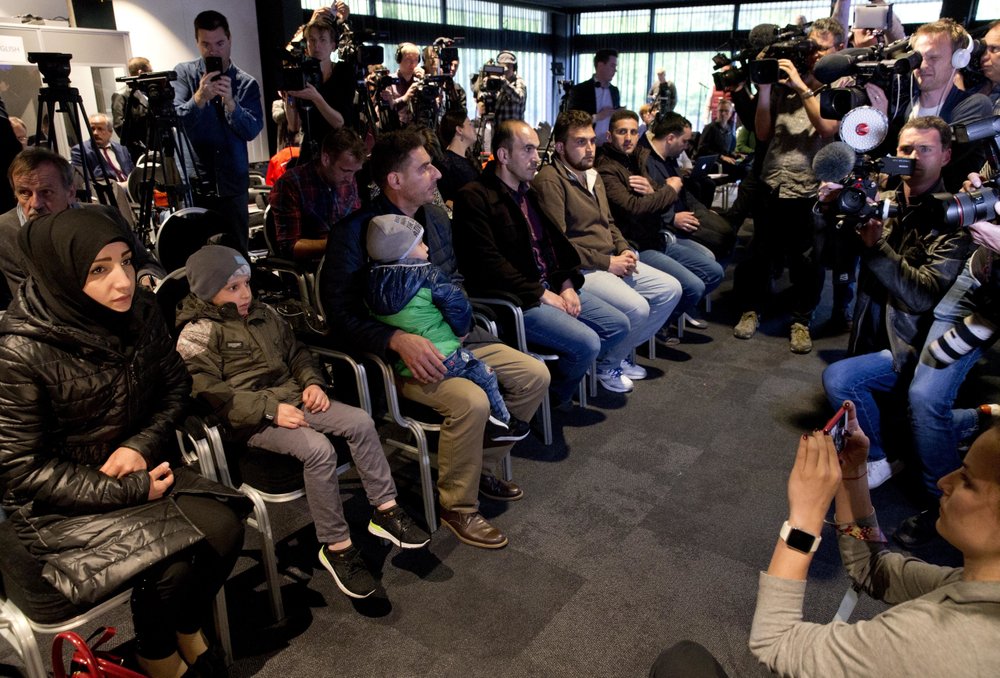 FILE - In this file photo dated Thursday, April 26, 2018, Syrians brought to The Hague by Russia face the media, in a move to discredit reports of an April 7, 2018, chemical weapons attack in the Syrian town of Douma, in The Hague, Netherlands. (Photo: AP)

The global chemical weapons watchdog’s initiative to apportion blame for poison gas and nerve agent attacks survived two institutional challenges from Russia on Tuesday and is set to become operational next year.

The US and other Western powers at the Organization for the Prohibition of Chemical Weapons staved off a challenge by Russia and China to a June decision to set up an investigative team with the power to name perpetrators of chemical attacks.

It means a major change in the rules of the group, which has often been considered as toothless because it could never pinpoint who was behind a chemical attack even if it proved it had happened.

Following a heated session at the OPCW’s annual conference, members voted 82-30 to reject a reassessment of the June decision.

Russia and China had argued that the decision should be reviewed to ensure it didn’t go beyond the OPCW mandate.

Later, a Russian-Iranian move to reject the annual budget, which would have starved the new investigative team of funds, was also defeated.

Sweden was also among the Western bloc that backed the establishment of the new team to apportion blame.

“Clear and strong support for the organization and its new responsibilities. No impunity for chemical weapons use,” Annika Markovic, Sweden’s envoy to the meeting tweeted.

At the meeting, the US ambassador to the watchdog, Kenneth Ward, complained on Monday that “a tsunami of chemical weapons” had been used this year, especially in Syria, an ally of Russia, and called Moscow’s attempts to undo the decision “pungent hypocrisy.”

Britain and its allies also have accused Moscow of using a Soviet-era nerve agent in an attempted assassination of former spy Sergei Skripal and his daughter in the English city of Salisbury earlier this year. Russia denies the allegation.

Last June, an 82-24 vote among OPCW members provided more than the necessary two-thirds majority to give the group the mandate to name the parties it found responsible for chemical attacks.

The squad, expected to comprise of about 10 to 12 investigators supported by experts and chemical inspectors who already work at the OPCW, will be able to look back at attacks for which the previous UN-OPCW team did not apportion blame.

One case still being investigated by weapons inspectors is the suspected chemical attack in April in the Syrian town of Douma. An interim report said that weapons inspectors found “various chlorinated organic chemicals” at the site.