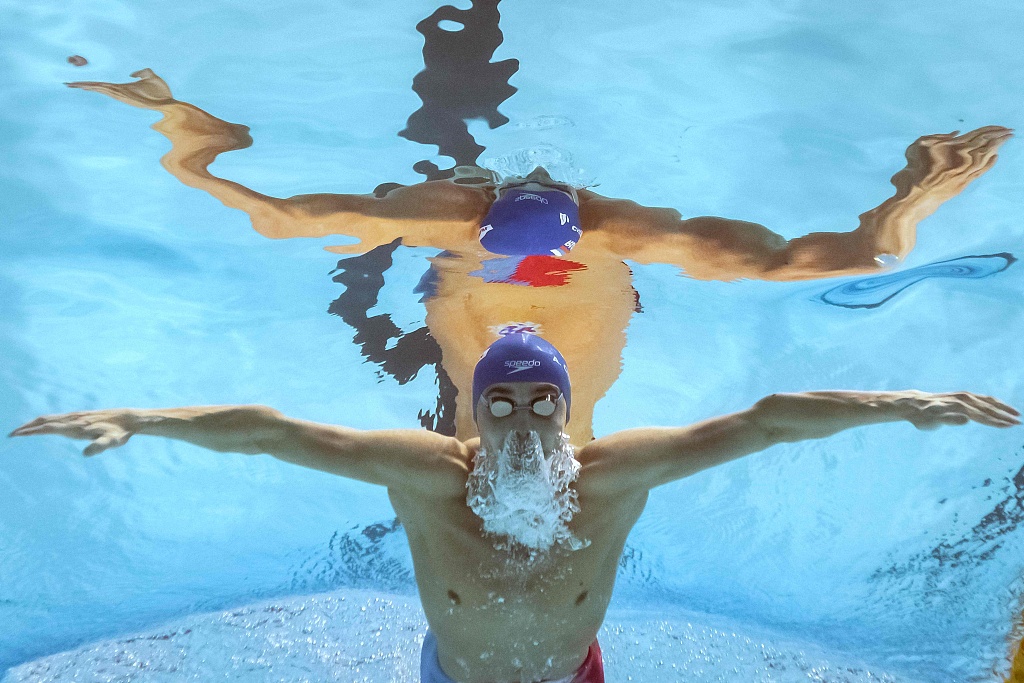 Russia's Anton Chupkov competes and makes a world record in the final of the men's 200m breaststroke event during the swimming competition at the 2019 World Championships at Nambu University Municipal Aquatics Center in Gwangju, South Korea, on July 26, 2019. (Photo: VCG)

Chupkov produced a scorching late burst to sweep past Australian Matt Wilson and take gold in 2:06.12 -- more than half a second inside the previous world best. Japan's Ippei Watanabe took bronze.