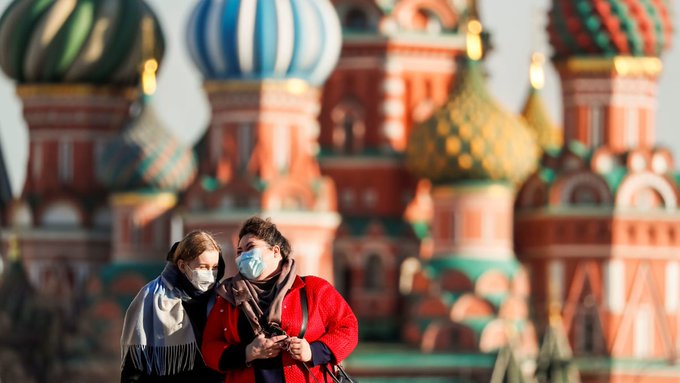 MOSCOW, April 1 (Xinhua) -- Russia has registered a total of 2,777 cases of COVID-19 in 75 regions of the country as of Wednesday, with the number of infected declining to 440 in the last 24 hours from 500 the previous day, official data showed.

The death toll rose to 24 after seven more patients died of the disease, Russia's coronavirus response center said in a statement.

Moscow, the worst hit part of the country, has confirmed 267 new cases in the last 24 hours, down from 387 a day before, with the total number of infections rising to 1,880 in the Russian capital.

To prevent the spread of coronavirus, President Vladimir Putin declared a week of paid leave for all citizens beginning March 30.

A total of 53 of Russia's 85 regions have introduced mandatory self-isolation for all residents since Wednesday morning, with more regions joining soon, according to Russian media.