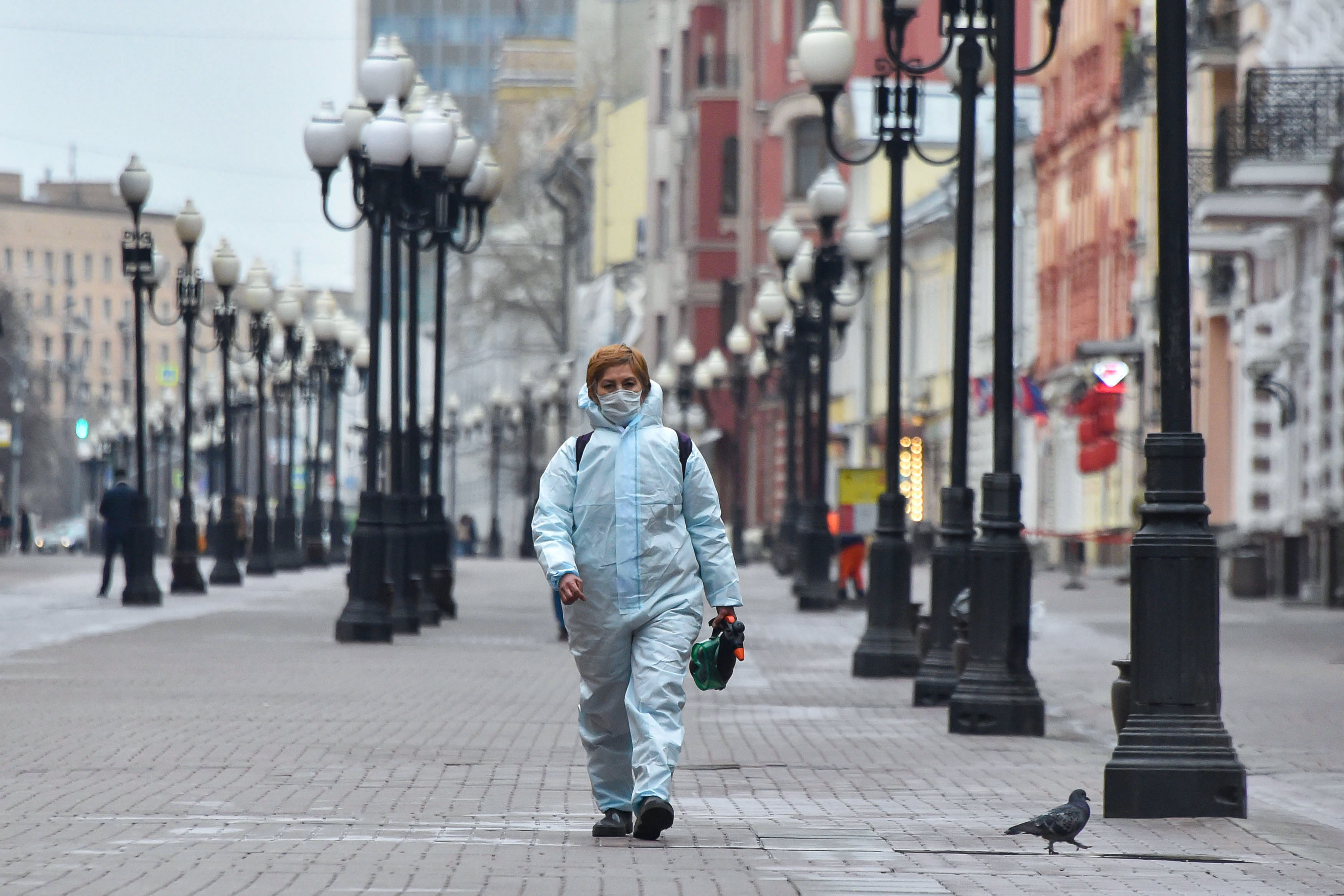 A woman wearing a protective suit carries googles and a disinfectant sprayer as she walks in downtown Moscow on April 8, 2020. (Photo: AFP)

The death toll rose to 94 from the previous day's 76, with 795 recovered so far, including 97 in the last 24 hours, Russia's coronavirus response center said in a statement.

Moscow, the worst hit part of the country, has confirmed 1,124 new cases in the last 24 hours, with the total number of infected rising to 7,822 in the Russian capital.

To prevent the spread of coronavirus, President Vladimir Putin extended paid leave for all employed citizens until the end of April. Nearly every Russian region has introduced mandatory self-isolation for all residents during this period.

Russia's consumer rights and human wellbeing watchdog said in a separate statement Friday that as of Thursday, 162,729 people remain under medical observation.

It said that all regional epidemic control centers had been provided with test systems to detect the new coronavirus, with more than 1 million laboratory tests carried out so far.