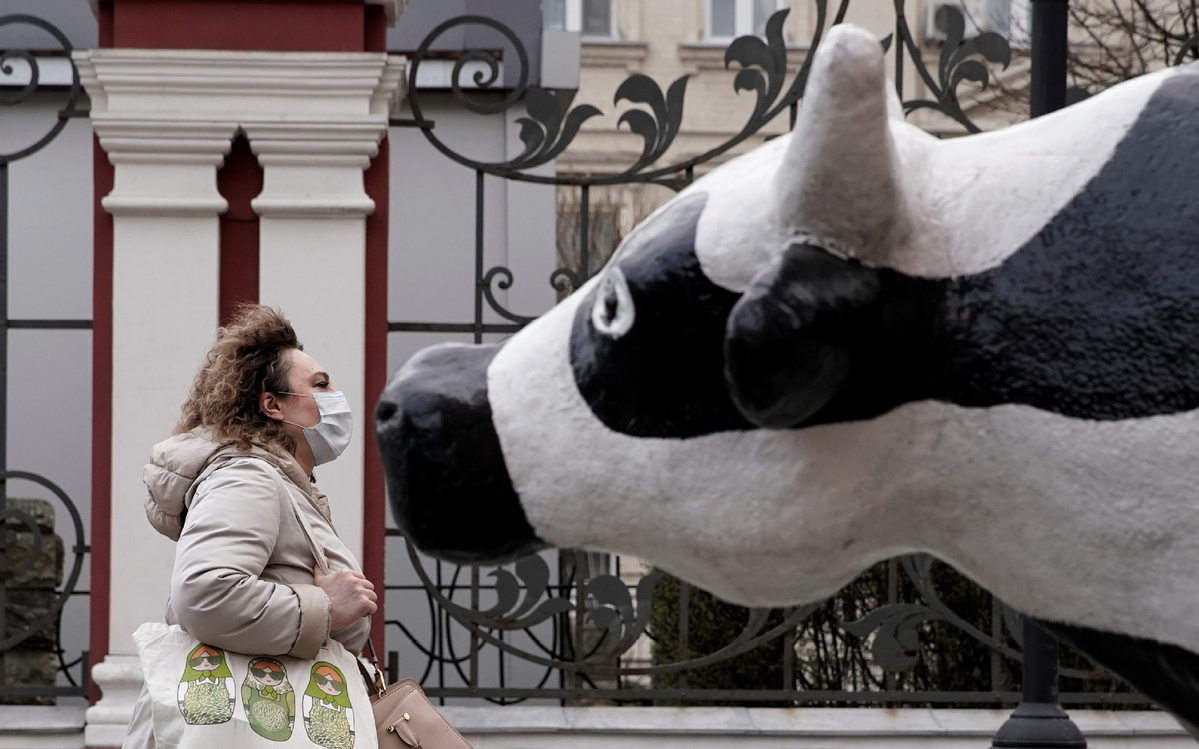 A woman wearing a protective mask, used as a preventive measure against the coronavirus disease (COVID-19), walks past an installation depicting a cow in Moscow, Russia April 8, 2020. (Photo: Agencies)

MOSCOW, April 9 (Xinhua) -- Russia's COVID-19 cases grew by a new daily record of 1,459 in the last 24 hours to reach 10,131 on Thursday, covering most regions of the country, official data showed.
The death toll rose to 76 from the previous day's 63, and 698 people have recovered, including 118 in the last 24 hours, Russia's coronavirus response center said in a statement.
Moscow, the worst hit part of the country, confirmed 857 new cases in the last 24 hours, totaling 6,698.
As of Wednesday, 171,143 people remain under medical observation, with the total number standing at 453,142.
Russia's consumer rights and human wellbeing watchdog said all of its regional epidemic control centers have received test kits and more than one million laboratory tests have been conducted.
Russia announced its first two COVID-19 cases on Jan. 31 and the growth curve has gone increasingly steep since the end of March.
All Russians except for those working for essential institutions and establishments are on paid leave from March 30 to April 30 as part of national efforts to contain the spread of the coronavirus.