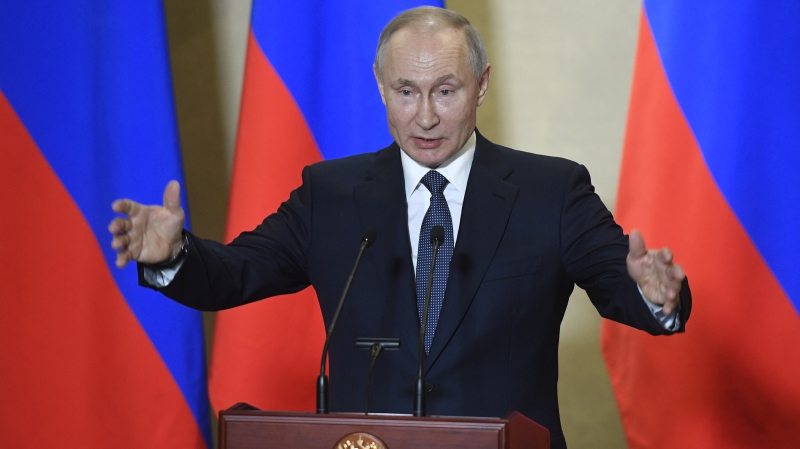 MOSCOW, April 20 (Xinhua) -- Russian President Vladimir Putin said Monday that although the country is managing to slow the spread of COVID-19, its peak is yet to come.

"Now we need to do everything to smooth out this peak, to shorten the transit time through the so-called plateau," Putin said in an online conference with officials, scientists and doctors.

He said the virus has spread to all the country's 85 regions.

Additional facilities at hospitals for the infected will be deployed by the end of this week or the beginning of next week, he said.

"With these preparations, we take into account all possible scenarios of the development of events," he added.

Russia has reported 4,268 confirmed cases over the last 24 hours, raising the total number to 47,121 as of Monday.

The daily increase is down from 6,060 on Sunday and 4,785 on Saturday but remains the third highest tally so far. There have been 405 deaths, according to Johns Hopkins University.