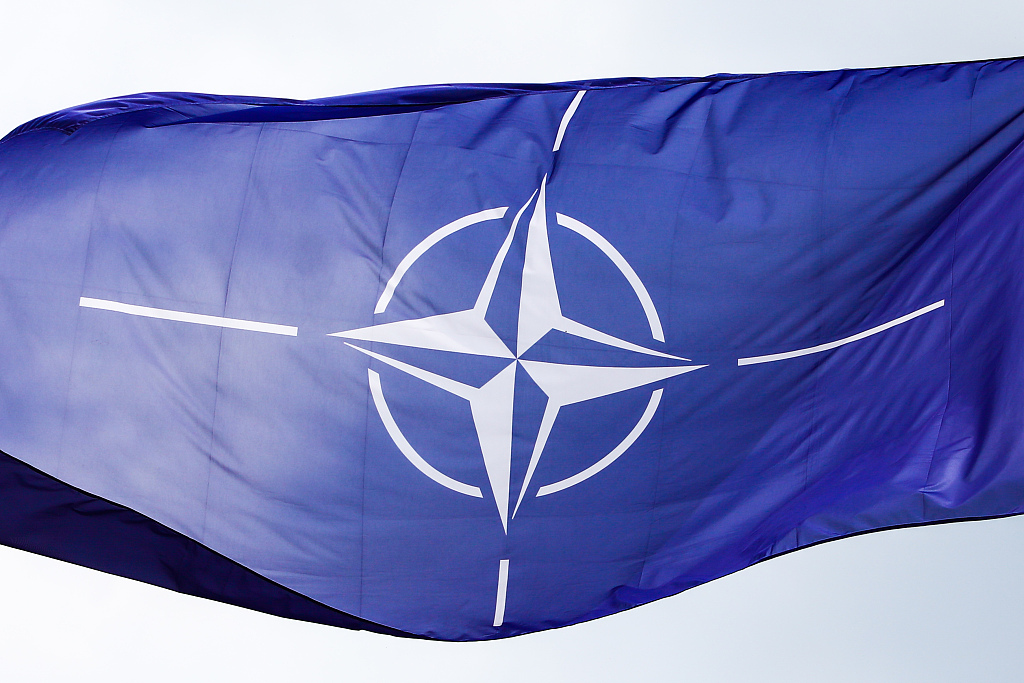 NATO flag is seen in front of the Presidential Palace in Vilnius, Lithuania on July 27, 2021. (Photo: CFP)

Speaking in a televised interview with NTV on Saturday, Grushko added that "having come this evolutionary path, NATO actually finds itself in the situation of 1949."

The comments came amid a diplomatic row between NATO and Russia, which announced earlier this month that it was suspending its NATO mission in response to the alliance's expulsion of eight Russians.