WORLD Russian diplomat warns U.S. against use of force in Venezuela

Russian diplomat warns U.S. against use of force in Venezuela 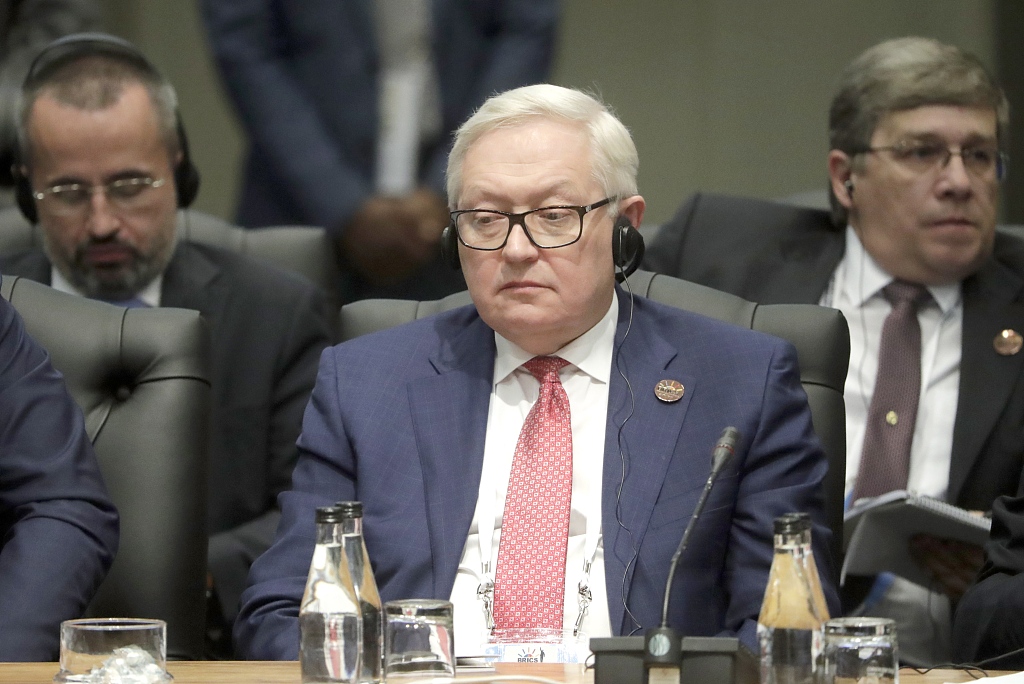 "It would be a big mistake on the part of the United States," Ryabkov told a press conference, adding that the use of force will lead to a surge in bloodshed and consequences that will also have repercussions outside Venezuela.

According to the senior diplomat, Russia strictly adheres to the position that destructive external interference, especially armed intervention in Venezuela, is the "worst possible scenario."

Russia is in close dialogue with the authorities in Caracas and it is using all channels to make sure that its position is clearly communicated, especially to the European Union (EU), which attempts to play an active role in the solution of the Venezuelan crisis, Ryabkov said.

He said that Moscow expects the meeting of Latin American and EU countries on Thursday in Montevideo, Uruguay to make a "serious political, intellectual and creative contribution to a real solution to the problems in Venezuela."

Moscow perceives this meeting, in which Mexico, Uruguay, Bolivia, 14 Caribbean states, and some European countries are expected to participate, as a "reasonable alternative" to sanctions, pressure, threats and blackmail against Venezuela, he said.

Ryabkov said that Russia hoped to have an opportunity to join the work in Montevideo, at least as an observer, but was refused.

The Venezuelan crisis escalated after opposition leader Juan Guaido declared himself interim president during an anti-government rally on Jan. 23, alleging that the government of President Nicolas Maduro is illegitimate.

The United States, among some other countries, has recognized Guaido's presidency, and U.S. President Donald Trump has warned that "all options are on the table."

Maduro, in response, announced the severing of diplomatic and political ties with the United States.