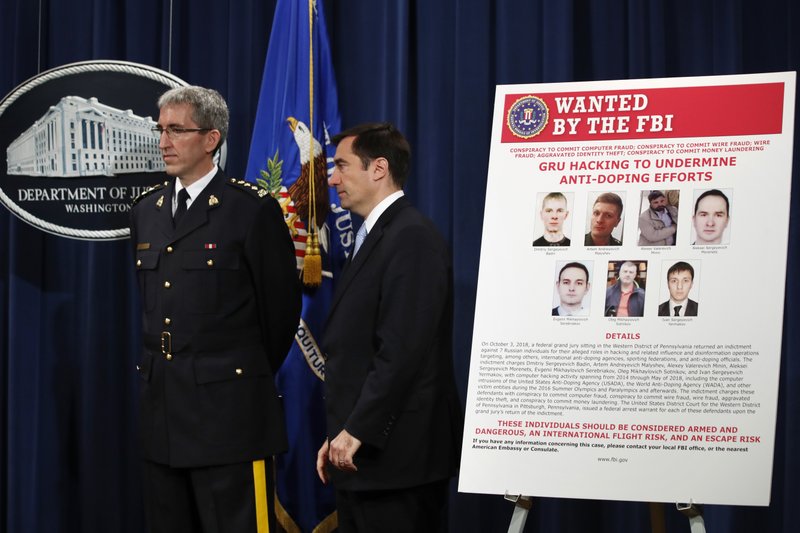 A top Russian diplomat is warning the US that its allegations of cybercrimes by the Russian intelligence could dangerously escalate tensions between the nuclear superpowers.

Deputy Foreign Minister Sergei Ryabkov said in a statement that the US is taking a “dangerous path” by “deliberately inciting tensions in relations between the nuclear powers.” He added the US allies in Europe should also think about it.

The US Justice Department on Thursday charged seven Russian military intelligence officers with hacking anti-doping agencies and other international organizations. Britain and the Netherlands accused the Russian GRU intelligence agency of a series of global cybercrimes.

Ryabkov rejected the accusations as unfounded. He said they were intended to support Washington’s claims of Russian meddling in the 2016 US election and create a pretext for new sanctions against Russia.