Russian ex-policemen to face charges for planting drugs on journalist 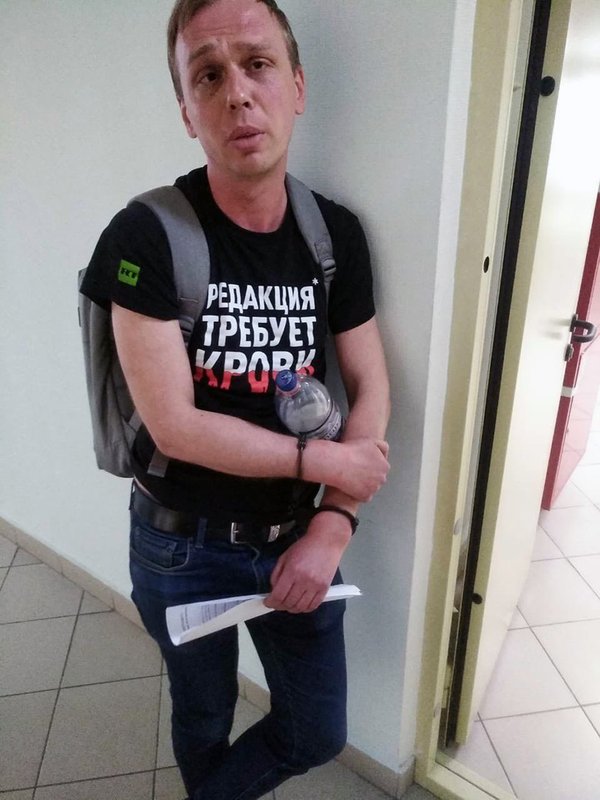 In this handout photo taken on Thursday, June 6, 2019 and released by Meduza, Ivan Golunov stands at a police station in Moscow, Russia. Police said on Friday that Ivan Golunov, who works for the independent website Meduza, was detained on Thursday with four grams of methylephedrine on him, and that drugs were also found at his home. The journalist now faces charges of dealing.(File photo: AP)

The committee said in a statement that the five ex-policemen were detained after an investigation showed that they falsified the results of operational-search activities.

The narcotics planted on the journalist were previously illegally acquired, stored and carried by the former policemen, it said.

A reporter with an independent media outlet, Golunov was involved in exposing corruption cases among Moscow officials, was detained on the street in June and charged with carrying illegal drugs, facing up to 20 years in prison.

Golunov was freed and the charges were dropped shortly after three major newspapers ran a similar front page expressing solidarity with the journalist, while hundreds of his colleagues took to the street to protest.

Five policemen involved in Golunov's detention were relieved of their duties.