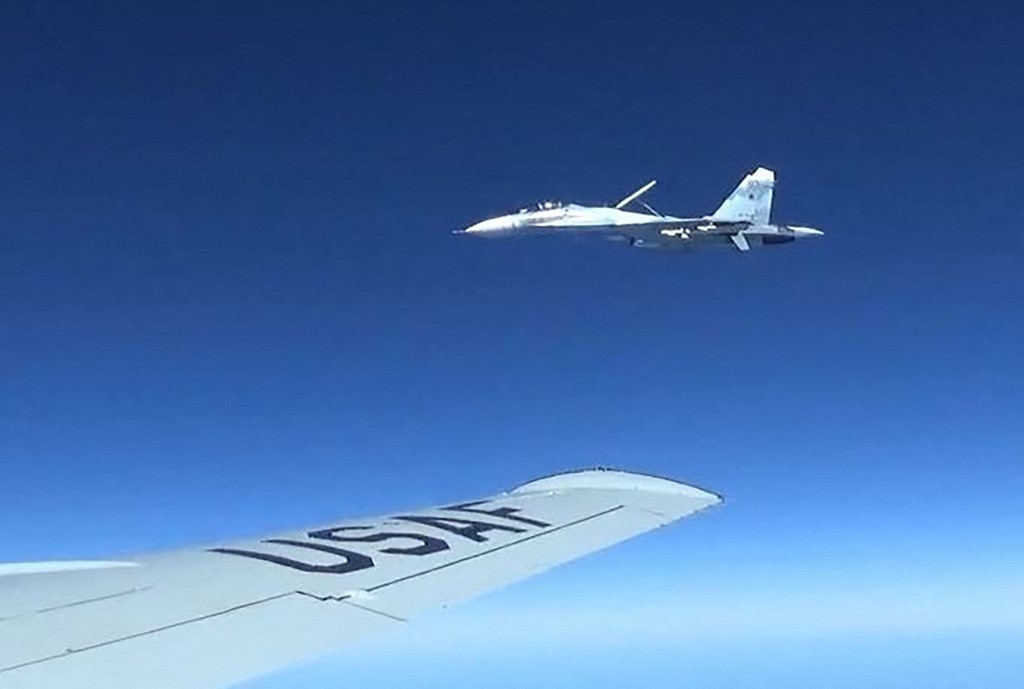 This image released by the US European Command (EUCOM) shows a Russian SU-27 Flanker fighter plane photographed from a US Air Force reconnaissance jet on June 19, 2017, over the Baltic Sea. (File photo: AFP)

The Russian airspace control system detected two air targets approaching the Russian border over the neutral waters of the Baltic Sea, and a Su-27 fighter took off in response, the ministry said.

The crew of the Russian plane identified the targets as two B-1B strategic bombers of the US Air Force and escorted them over the Baltic Sea.

After the US military aircraft flew away from the Russian border, the Su-27 returned safely to its home airfield.

The entire flight of the Russian fighter strictly complied with international rules for the use of airspace, it said.