MOSCOW, July 5 (Xinhua) -- A Russian Su-27 fighter has chased off a U.S. reconnaissance plane, which was approaching the Russian territorial waters over the Black Sea, the Russian Defense Ministry said Friday. 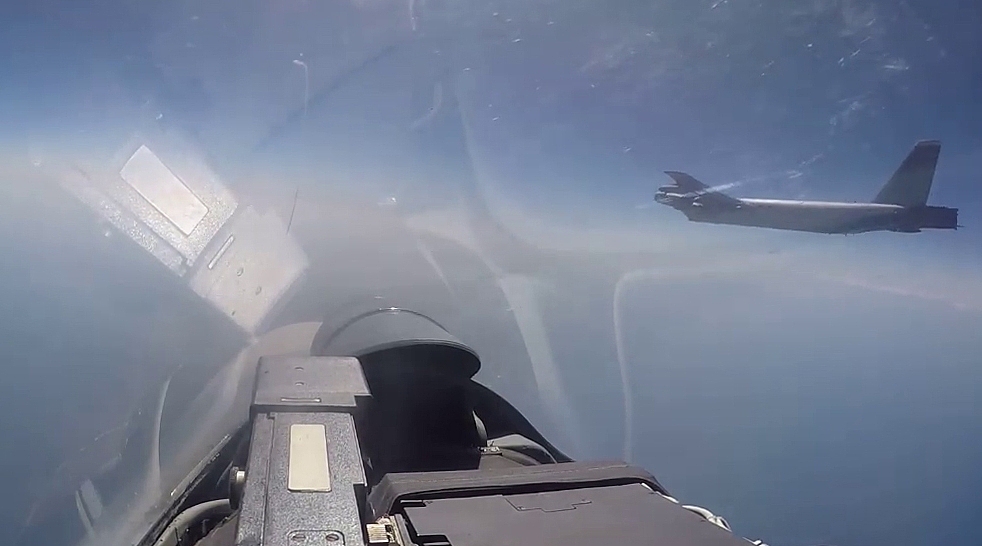 In this screenshot of a video, a crew of Russian Su-27 fighter intercepts US Air Force B-52H strategic bomber, approaching the Russian border from the direction of the Black and Baltic seas on June 17, 2019. (File photo: VCG)

"The Russian jet approached an air object at a safe distance, identified it as a U.S. P-8A Poseidon reconnaissance aircraft, which immediately changed its direction of flight and moved away from the Russian border," it said in a statement.

The intercept took place close to the region where Russia and the North Atlantic Treaty Organization (NATO) are carrying out naval force drills separately in the Black Sea.

In another statement on Friday, the Defense Ministry said that Russian war planes took off three times in the last seven days to prevent foreign aircraft from violating the Russian border.