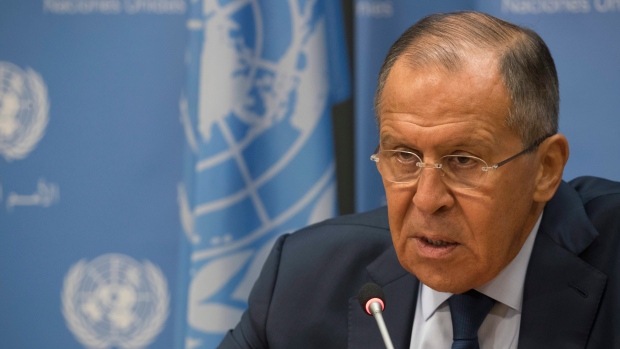 Washington should be clear on what it will do in the area of arms control after its withdrawal from the key INF Treaty with Russia, Lavrov told Rossiya 1 TV channel.

He said the United States has handed a list of questions concerning the implementation of the INF Treaty to the Russian Foreign Ministry via the US embassy, and the Russian Defense Ministry and other departments are preparing answers to the US questions.

US President Donald Trump said earlier this month that Washington would pull out of the INF Treaty on account of Russia's alleged breach of the agreement.

The INF treaty was signed in 1987 between the Soviet Union and the United States on the elimination of intermediate-range and shorter-range missiles.

The deal marked the first-ever pact reached by Washington and Moscow on nuclear disarmament and a major step in restricting the arms race.

Kremlin spokesman Dmitry Peskov said earlier this week that the US withdrawal from the INF Treaty could pave the way for a new arms race.