MOSCOW, June 25 (Xinhua) -- Russian Foreign Minister Sergei Lavrov on Tuesday criticized Georgian President Salome Zourabichvili for accusing Russia of being "an occupier" of Georgian territories and attempting to destabilize the situation in the Transcaucasian state. 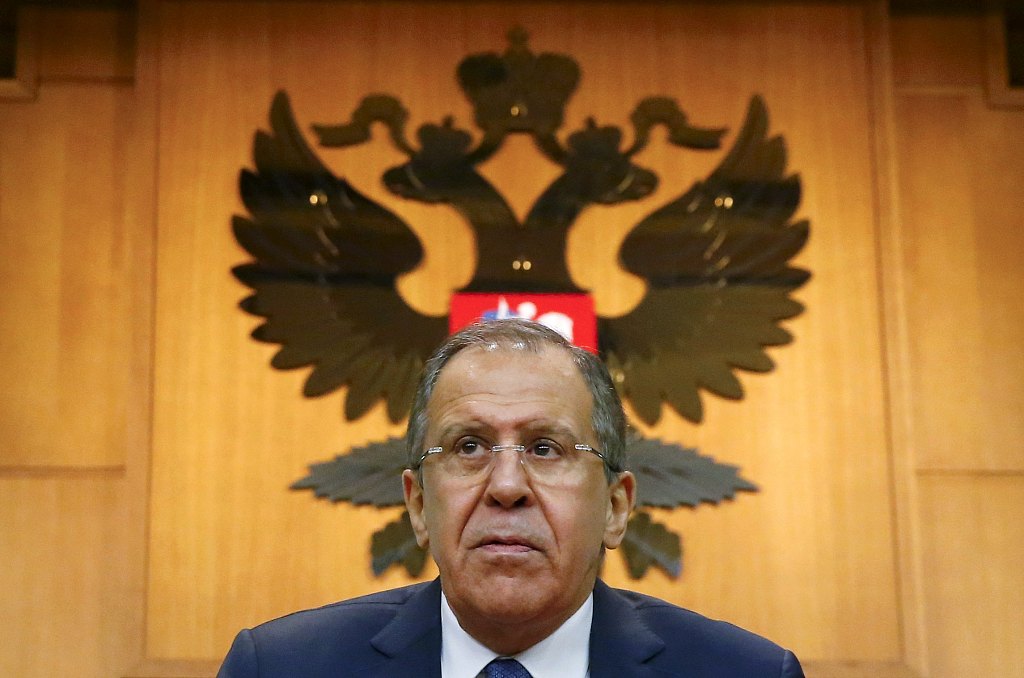 File photo of Lavrov by VCG

"Zourabichvili's statement provoked ultra-extremist, nationalist and anti-Russian sentiments that were manifested in what we saw on the streets (of Tbilisi)," Lavrov said at a press conference.

Lavrov also said that Moscow suspected the involvement of the United States, which does everything in its power to prevent the normalization of Russia-Georgia relations.

"Certain analysts noted that days before the provocation staged in the Georgian parliament, the head of the Joe Biden Foundation visited Tbilisi and not only worked actively on the sidelines but also publicly spoke and urged Georgia not to get involved in the development of relations with Russia," Lavrov said.

Violent clashes began on June 20 in downtown Tbilisi, capital of Georgia, between protesters and police after a delegation of the Russian State Duma, the lower house of parliament, took part in a session of the Inter-parliamentary Assembly on Orthodoxy (IAO) there.

Sergei Gavrilov, a Duma deputy and the IAO president, opened the session in the Georgian parliament building and addressed the participants from the parliament speaker's seat.

Outraged opposition lawmakers interrupted the IAO session, and thousands of protesters gathered in front of the parliament, demanding the resignation of the parliament's speaker Irakli Kobakhidze, together with the interior minister and the head of the State Security Service.

Kobakhidze tendered his resignation on June 21.

Following the riots during which at least 240 people were injured, Zourabichvili said in a statement that Russia attempted to "split Georgian society, weaken it, enslave the state and destroy the basis of the country's independence."

Moscow has announced that it will suspend all flights between Russia and Georgia from July 8, citing the necessity to ensure the safety of Russian tourists.

The Russian food safety watchdog Rospotrebnadzor has said that it will tighten checks of Georgian wines, an important item among the country's exports.