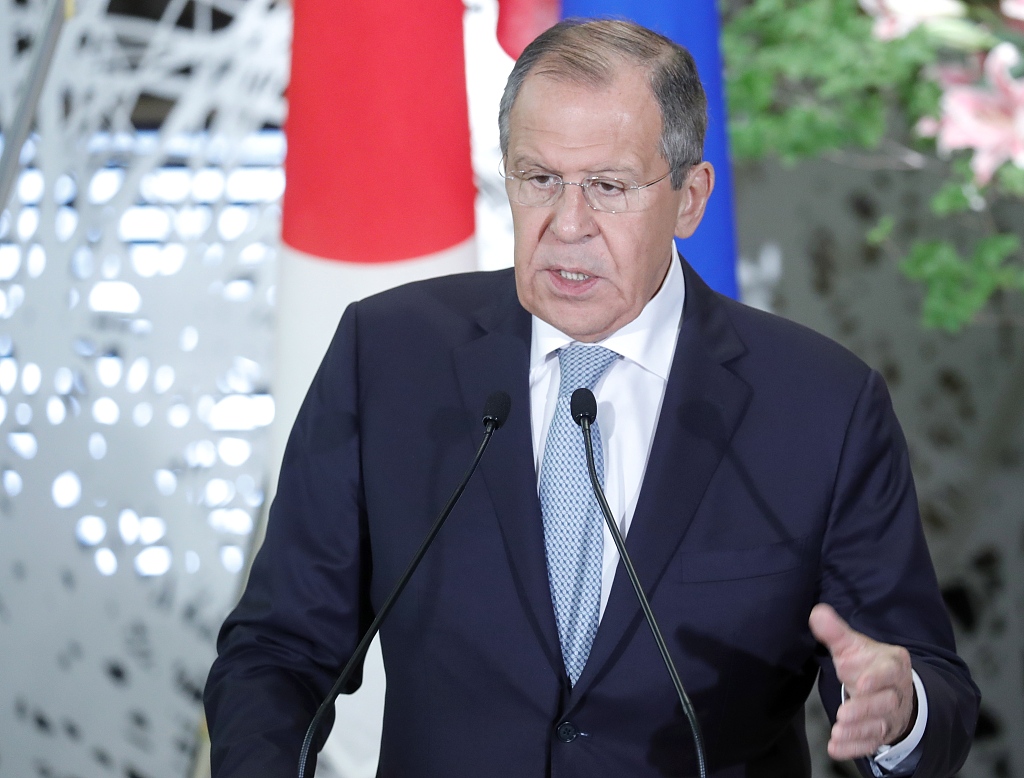 MOSCOW, July 2 (Xinhua) -- Russian Foreign Minister Sergei Lavrov on Tuesday urged European countries to truly implement a special mechanism for trade with Iran bypassing US sanctions, which has made it difficult for Iran to abide by the nuclear deal.

"We urge our European colleagues to fulfill their promises and commitments and make the mechanism they create become truly effective, ensuring the rights that belong to Iran in accordance with the UN Security Council resolution in the field of trade and economic relations," Lavrov said at a press conference.

He made the remarks when commenting on the recent disputes around Iran's enriched uranium stockpile following sanctions imposed on Tehran by the United States.

On Monday, Iranian Foreign Minister Mohammad Javad Zarif said that Iran's low-grade enriched uranium stockpile has exceeded 300 kg, a limit that is one of several restrictions on its nuclear activities under the Iran nuclear deal.

US President Donald Trump commented later in the day on the announcement saying that Iran is "playing with fire."

Lavrov said that also on Monday some European countries proposed to Russia to accept a statement calling on Iran not to violate its obligations.

But the draft statement did not say anything about what caused the Iranian announcement, he said.

He recalled that the Iranian nuclear deal inked in 2015 by Iran with Britain, China, France, Germany, Russia and the United States, is a "comprehensive package of mutual obligations and rights of all parties to this agreement."

This includes Iran's voluntary commitments to comply with the limits on reserves of low-enriched uranium and heavy water and to sell the surplus, Lavrov said.

After Washington withdrew with the deal on May 10, 2018, Iran continued to abide by its limits, selling the surplus to other countries, including Russia.

But in May, the United States adopted a new package of sanctions that forbade anyone to buy from Iran the excess low-enriched uranium and heavy water, thus banning all UN member states from implementing the UN Security Council resolution, which approved the nuclear deal, Lavrov said.

Following the US withdrawal, France, Britain and Germany agreed to create a special vehicle to continue legitimate transactions with Iran in accordance with the EU legislation.

But according to Lavrov, this tool, which proved to be meant only for humanitarian supplies, which are not subject to US sanctions, and could be used only by EU members, had not yet serviced any transactions.

Lavrov said that Iran should "show restraint, in no way give in to emotions" and abide by the key provisions of the guarantees agreement with the International Atomic Energy Agency (IAEA) and the provisions of a supplementary protocol to this agreement.

But the need to preserve the Iranian nuclear deal implies obligations for all the remaining participants of it, Lavrov said.

It is not right to demand that Iran comply with all its obligations while others "treat them with excessive easiness and raise a suspicion that they prefer to get away from US criticism and concentrate on what Iran is doing," he said.

Russia will do everything to preserve the crucial Iran nuclear deal, which is of particular importance not only for resolving the situation around Iran, but also for strengthening the non-proliferation regime of weapons of mass destruction, Lavrov said.