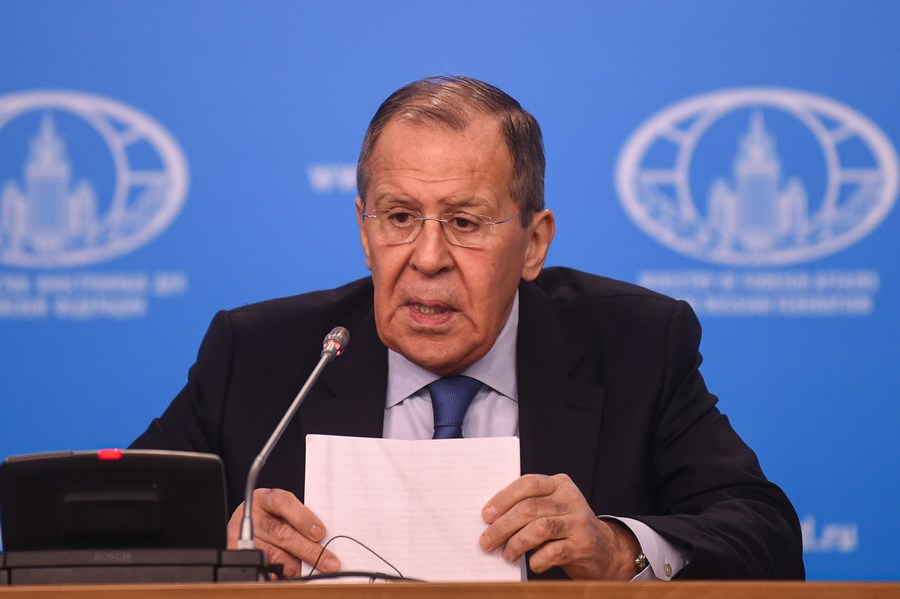 Russian Foreign Minister Sergei Lavrov said Wednesday that Moscow plans a response to the recently imposed U.S. sanctions, which he saw as a strategic move of Washington to weaken competition.

The response from Moscow will not only be symmetrical, but will also take steps considering every aspect of Russian-U.S. relations, Lavrov said.

"The United States has long been pursuing a hostile policy towards our country," he said, calling Washington a "completely unreliable" business partner.

The United States aimed to constrain its competitors on international markets with unfair practices, which grossly violated the norms of the World Trade Organization, Lavrov said.

He said that the sanctions were a "blatant disregard for international law," proving that the United States plans to continue to promote and impose its own rules on others.