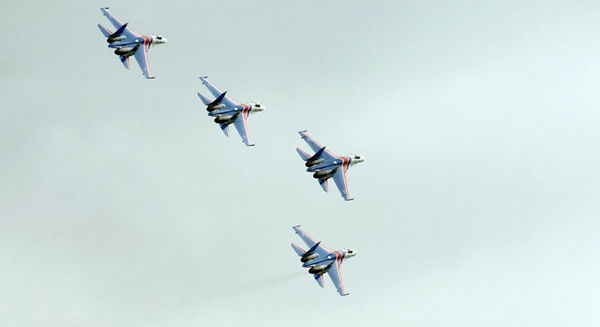 Russian jet fighters Su-27 of the Russian Knights aerobatic team perform during an air show in Kubinka, Russia, May 21, 2016. [Photo/Xinhua]

A Su-27 fighter of the Southern Military District was scrambled to intercept the targets, it said.

After the U.S. planes flew away from the Russian state border, the Russian jet safely returned to its airfield, Zvezda said.

In the last few weeks, Russian fighter jets were scrambled regularly to intercept U.S. reconnaissance planes over the Black Sea.