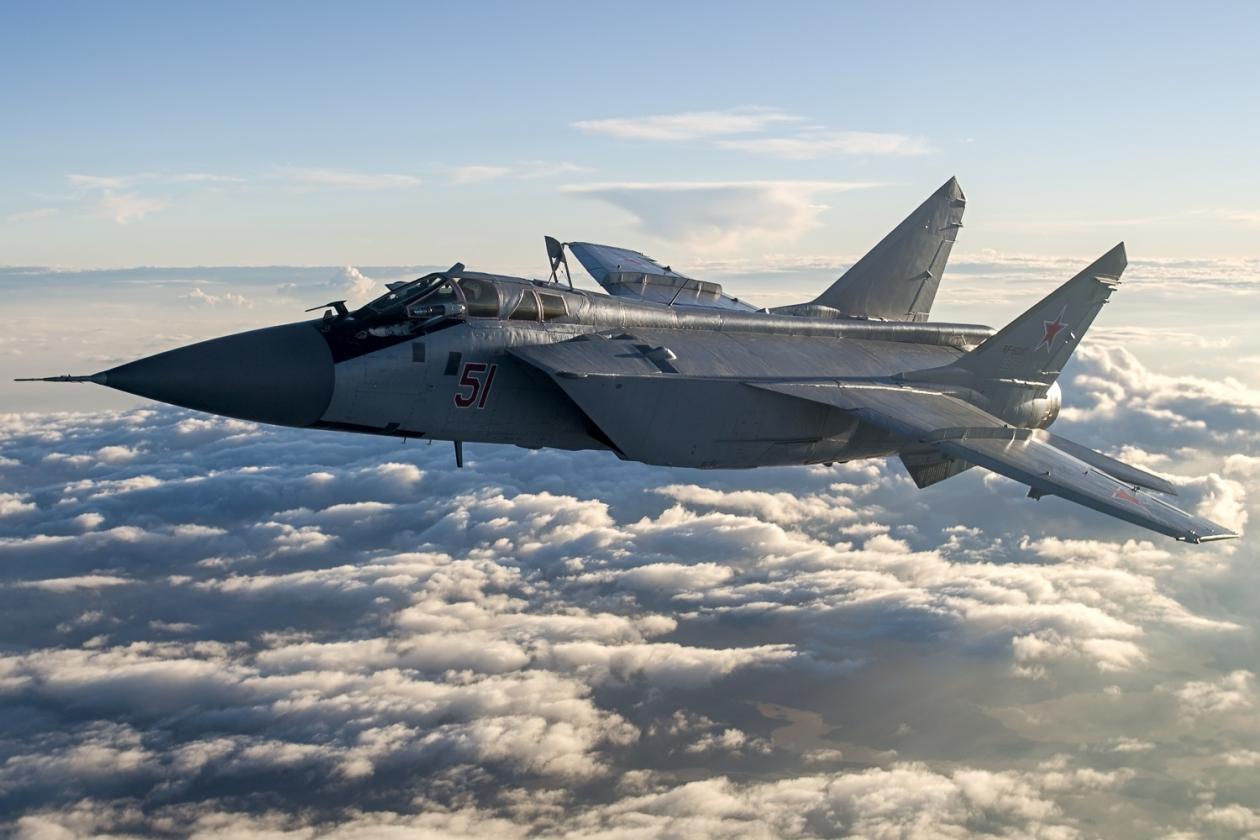 According to a report of the ministry's Zvezda broadcasting service, one of the MiG-31BMs acted as an intruder, attempting to penetrate into the Russian airspace at a maximum speed in the lower layers of the stratosphere. Another MiG-31BM took off to intercept the intruder while flying at a speed of 2,500 km/h and reaching an altitude of more than 20 km.

After locating the target, the second fighter performed simulated electronic launches of long-range air-to-air missiles to stop the intrusion.

The high-altitude MiG-31BM fighter-interceptors have been upgraded with avionics and electronic systems on them, and the tactical characteristics of them, after which they arrived at the Yelizovo airfield of the Russian Pacific Fleet's naval aviation in February, according to the Defense Ministry's website.

The MiG-31BM is the latest version of the MiG-31 long-range interceptor, which has been in service since 1982.