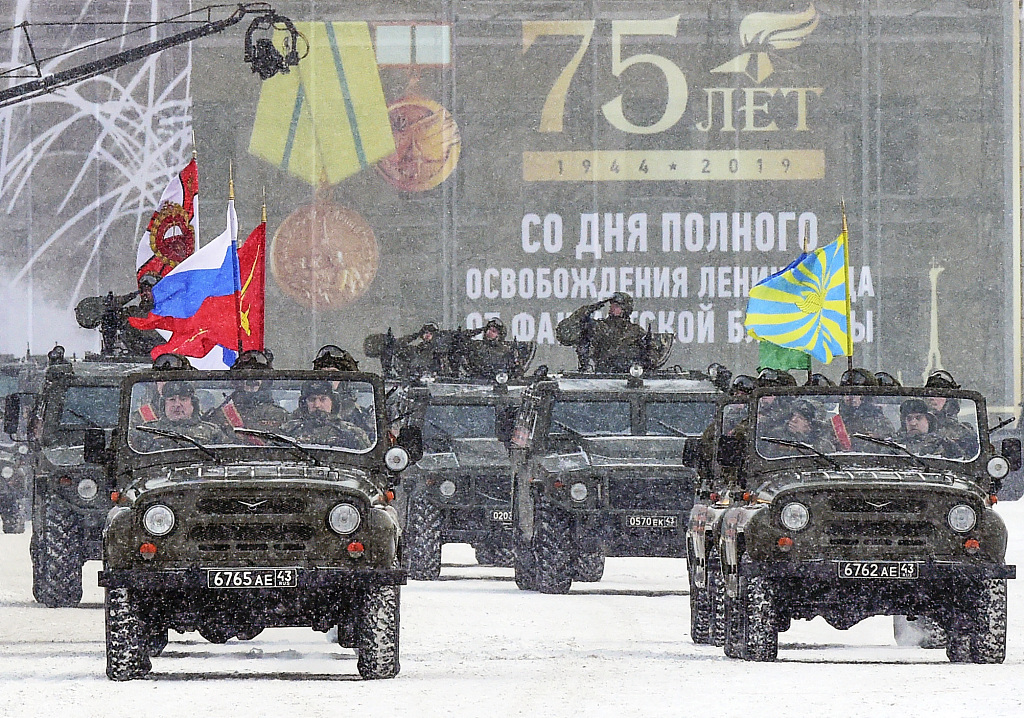 Russian servicemen take part of a military parade marking the 75th anniversary of the lifting of the Nazi siege of Leningrad, at Dvortsovaya Square in Saint Petersburg on January 27, 2019. (File photo: VCG)

The Zircon could reach targets 500 kilometers (311 miles) away in five minutes, Khmyrov was quoted as saying by the Sputnik news agency.

On Wednesday, Russian President Vladimir Putin said in his address to Russia's Federal Assembly that the advanced hypersonic Zircon would have a speed of 9 Mach (11,000 kph or 6,900 mph) and a flight range of over 1,000 kilometers.

"Such a hypersonic system as Zircon penetrates practically any air defense and missile defense system," Khmyrov said. "There is no protection from it."