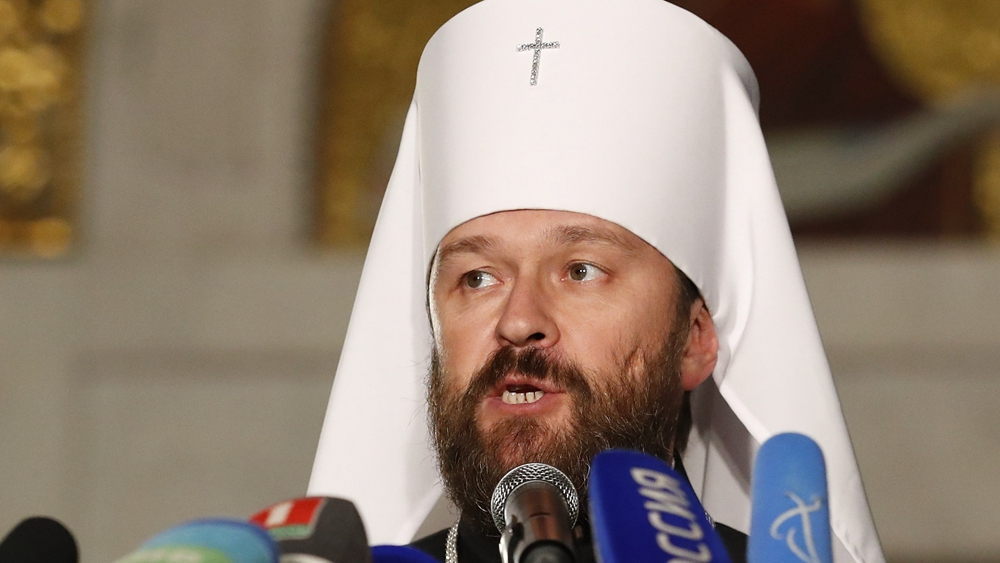 The Russian Orthodox Church said on Monday it had decided to sever all relations with the Ecumenical Patriarchate of Constantinople in protest over its endorsement of Ukraine's request for an “autocephalous,” or independent, church.

Speaking in Belarus after a meeting of the Russian Church's ruling body, Metropolitan Ilarion, a cleric, said the Holy Synod had been left with no choice but to sever ties with the Patriarchate in Istanbul, seat of the global spiritual leader of roughly 300 million Orthodox Christians.

Ukraine last week secured approval from Constantinople to establish an independent church in what Kiev said was a vital step against Russian meddling in its affairs, but that the Russian Orthodox Church lamented as the biggest split in Christianity for a thousand years.

"A decision was taken to completely sever ties," Metropolitan Ilarion told reporters in Minsk, the capital of Belarus, announcing Russian retaliation against Constantinople.

"No other decision could have been taken by our Holy Synod because the logic of all the actions taken recently by the Constantinople Patriarchate led to this."

The Russian Orthodox Church has compared Ukraine's moves for independence to the Great Schism of 1054 that split western and eastern Christianity, and warned they could lead to an irreversible rupture in the global Orthodox community.

"We are hoping common sense will prevail and that the Constantinople Patriarchate will change its relations to existing church reality," he said.

The Moscow Patriarchate, which is aligned with the Russian Orthodox Church, long dominated in Ukraine but since the 1991 Soviet break-up has been challenged by a rival known as the Kiev Patriarchate.

Ukraine accuses the Russian Orthodox Church of wielding a pernicious influence on its soil, allowing itself to be used as a tool of the Kremlin to justify Russian expansionism and support of separatist rebels in eastern Ukraine.

The Moscow Patriarchate denies its church is a security threat to Ukraine and, far from being a Kremlin stooge, says it has done much to promote peace in the country's east.