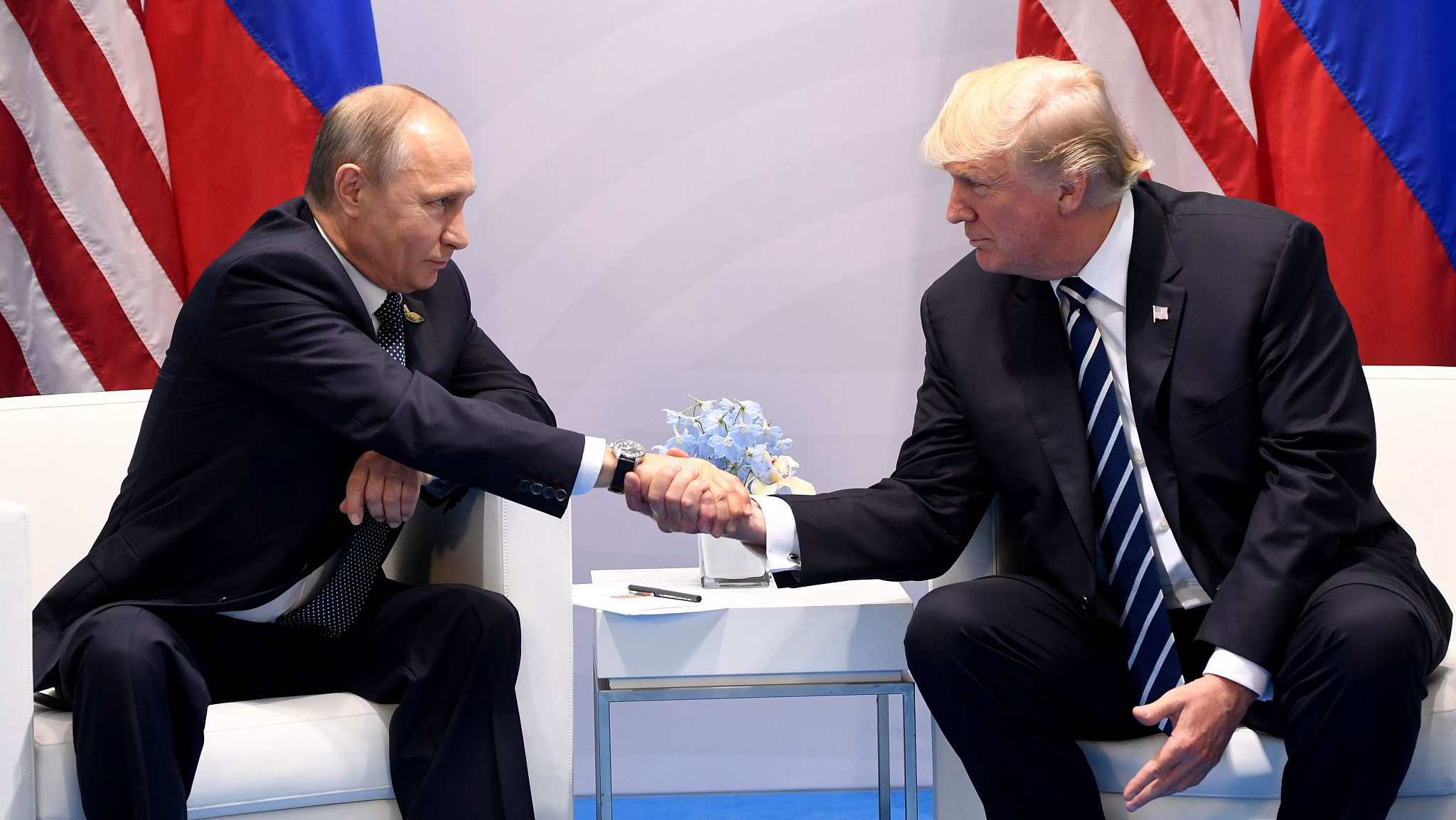 US President Donald Trump and Russian President Vladimir Putin shake hands during a meeting on the sidelines of the G20 Summit in Hamburg, Germany July 7, 2017. (Photo: VCG)

Bolton said on Friday in the ex-Soviet nation of Georgia: “We have invited President Putin to Washington after the first of the year for, basically, a full day of consultations.”

He says no date has been set.

Bolton noted that Putin and US President Donald Trump are set to meet in Paris when they attend Nov. 11 events marking 100 years since Armistice Day.

Putin and Trump held a summit in Helsinki in July amid sharp differences over the Ukrainian crisis, the war in Syria and the allegations of Russian meddling in the US 2016 presidential election.