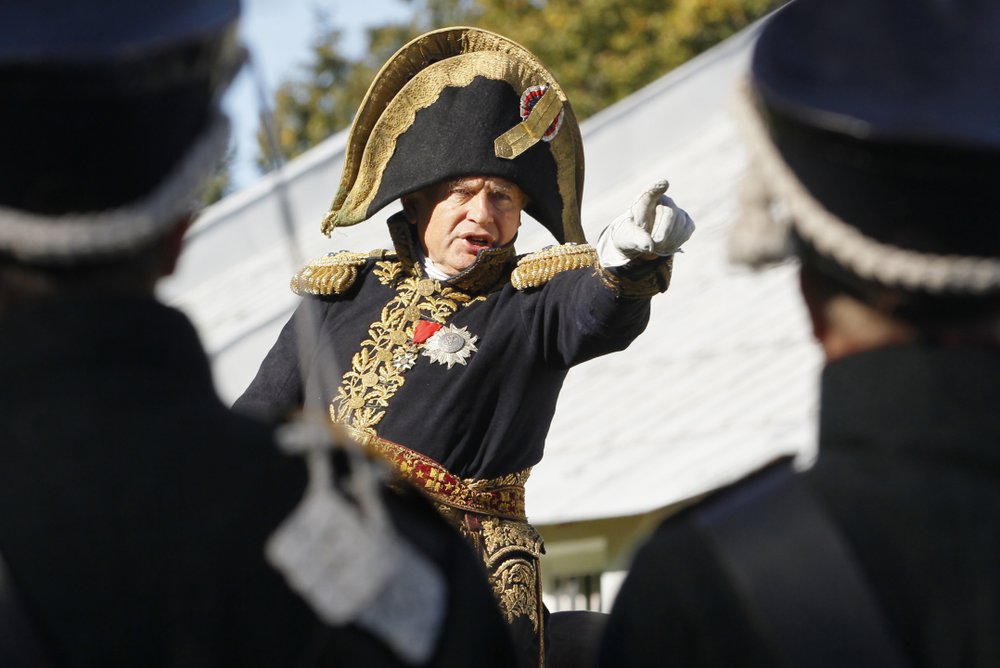 In this Sunday, Sept. 16, 2012 file photo, Oleg Sokolov, a history professor at St. Petersburg State University, wears a 1812-era French army general's uniforms during a staged battle re-enactment to mark the 200th anniversary of the battle of Borodino which in 1812 was the largest and bloodiest single-day action of the French invasion of Russia, in St.Petersburg, Russia. (Photo: AP)

Police in the Russian city of St. Petersburg plan to interrogate a prominent professor who has been detained on suspicion of killing a female student after he was pulled from a frigid river with a backpack containing severed arms.

Oleg Sokolov, a history professor at St. Petersburg State University who is an expert in French revolutionary military history, was found Saturday in the Moika River with the rucksack. Police later found the body of his student in his apartment, Russian news reports said.

Lawyer Alexander Pochuev said Sokolov has signed a statement of guilt, the Russian media reports said. Sokolov was hospitalized Saturday for hypothermia but was taken to a police station Sunday for questioning.

Reports said Sokolov had been awarded France’s Legion of Honor for his work.